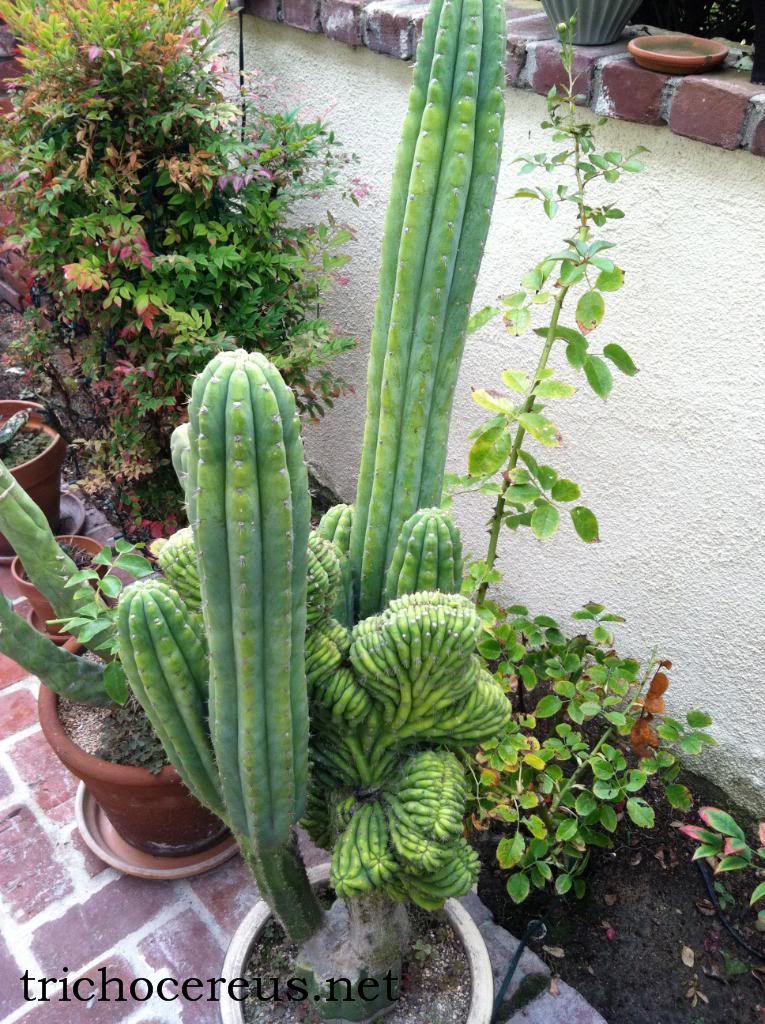 This interesting plant is one of the mother plants of SAB member Nitrogen. He used this plant to produces various hybrids between 2012 and now. It´s a very interesting Pachanoi that started growing like a crest after a snail attack. Nitrogen wasn´t sure if it already had the crest-genetics hidden inside and the snail attack just brought it out, or if this was a one-time mutation.

Here is what Nitrogen posted about the plant in 2012:

“The T. pachanoi “quasi-cristata” (TPQC) is a non-PC pachanoi type that grew crested after an apparent snail attack – maybe it is genetic in there somewhere and the snail attack caused it to come out, or maybe it is purely from the infection – regardless its a beautiful pachanoi though I haven’t taken good care of it these past couple years..” 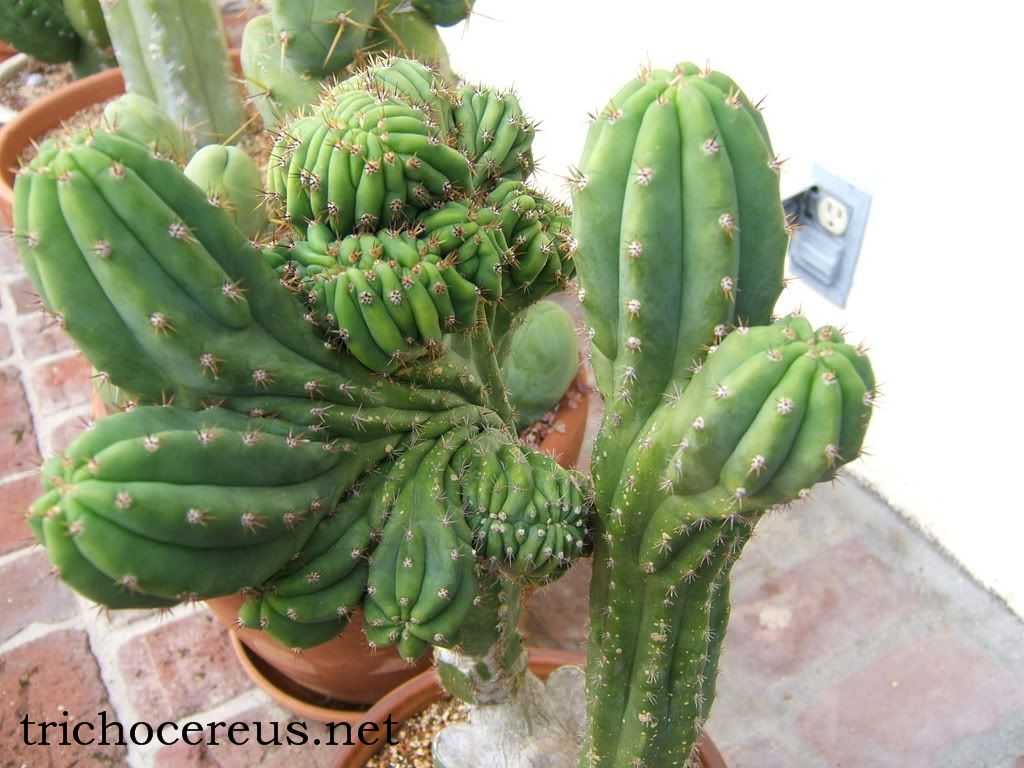