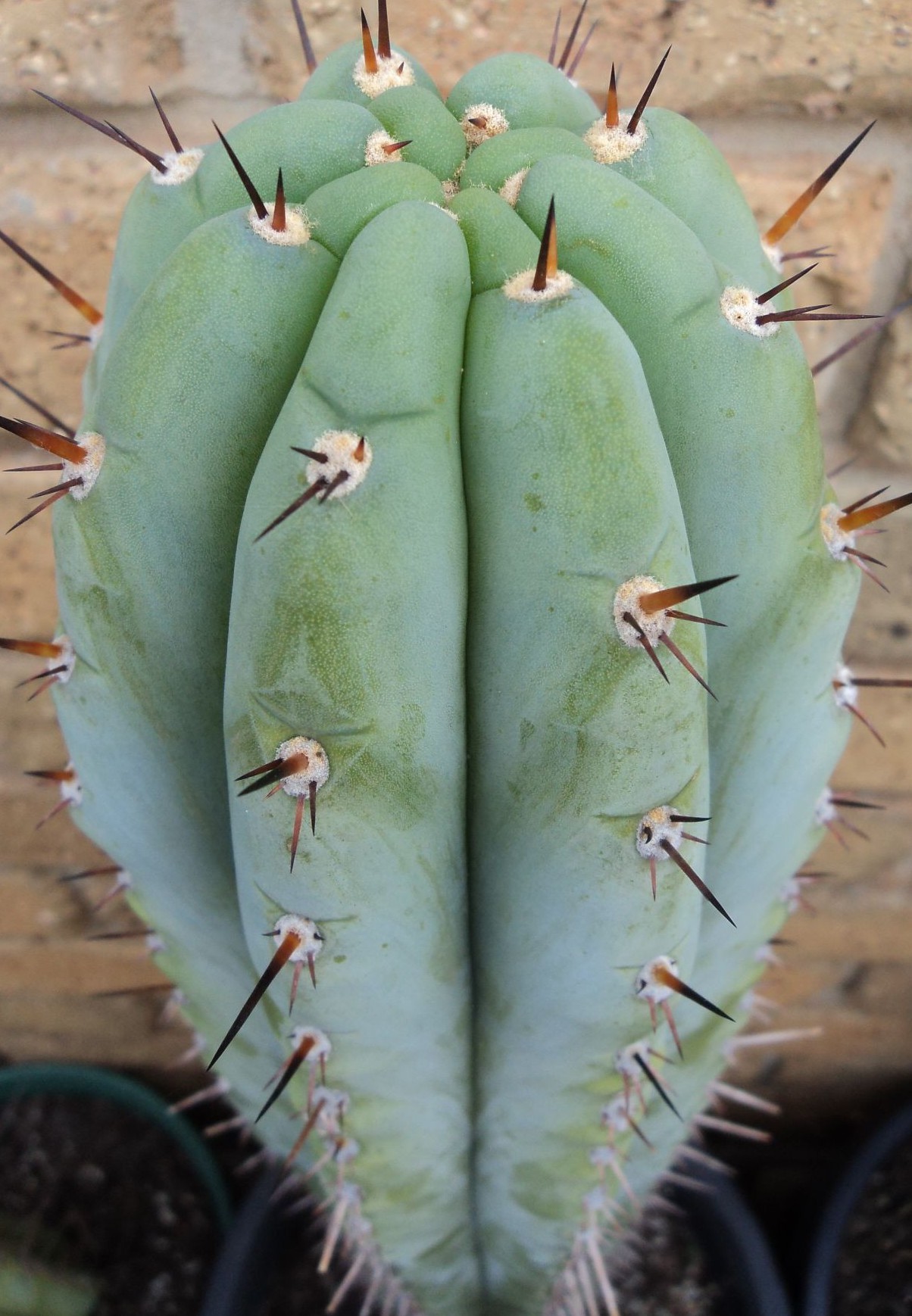 The ICARO DNA is not actually a clone but a seller who is very well know for it´s high quality Trichocereus seeds. The plants grow into amazingly dark to blue-green colored columns with strong spines. Sometimes, those spines are also dark brown colored and are among the most beautiful Trichocereus types I know. Personally, it´s definitely one of my all-time favorite cacti, simply based on the impressing look.

ICARO DNA sold a lot of seeds of this type in the past, which is why there is a large genetic variety available on the market. There also are certain clones that most likely were sourced from ICARO, such as the SHARXX BLUE or MAYBE the Rosei 2.
Apart from seedgrown material, there also is a relatively common clone that´s been traded around by people of the Trichocereus community, but the larger number of seedgrown plants make a differentiation hard.

I do have quite a few pics of this interesting type and I´ll post further updates about it as soon as I get more pics. Those been around for at least ten years now. 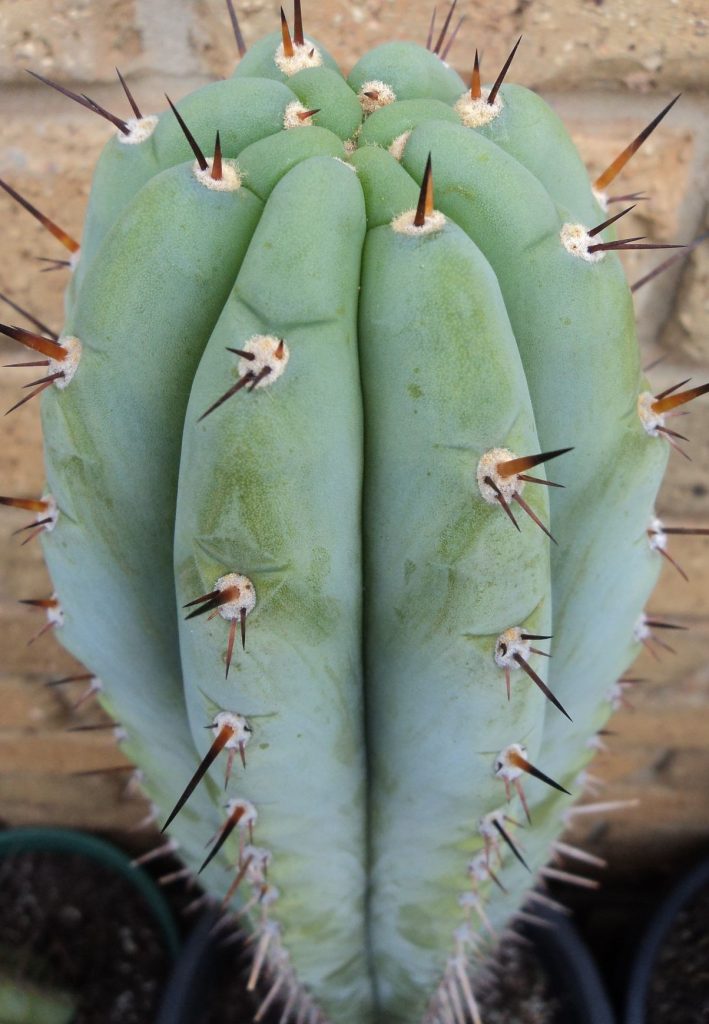 These picture were donated by Prier. Thank you very much! 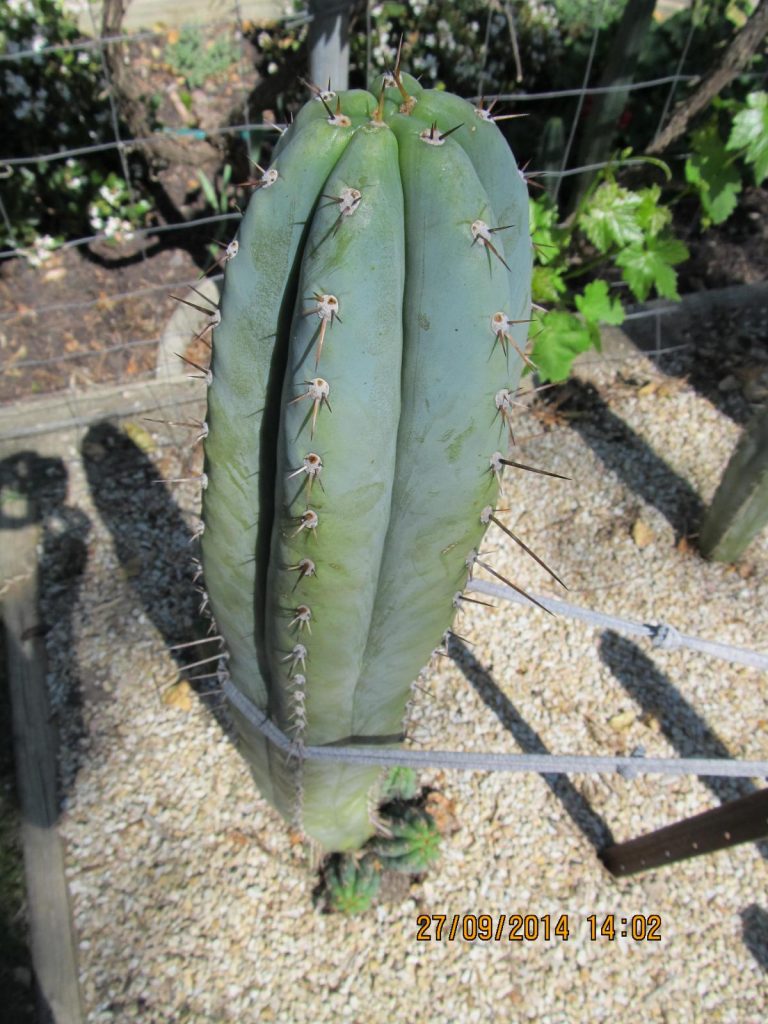 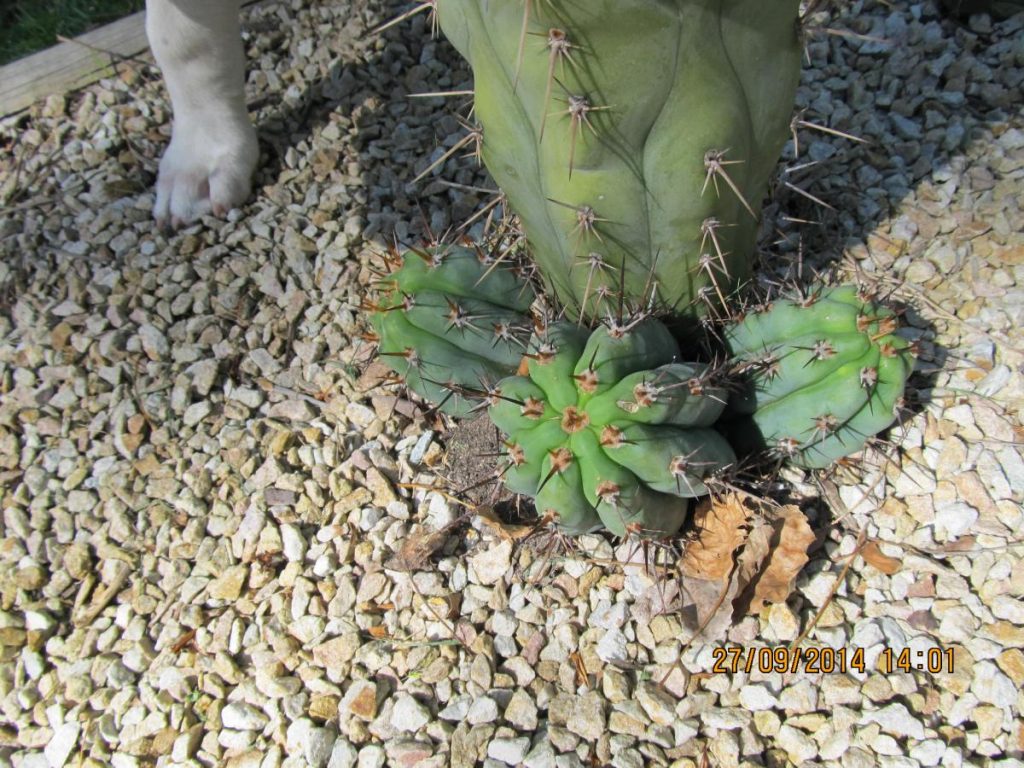 Plants that look like this were oftenly labeled as Trichocereus macrogonus and chances are that you bought some of these labeled as such. Their cold hardiness and soil requirements are pretty much identical to the ones from other Tr. peruvianus. 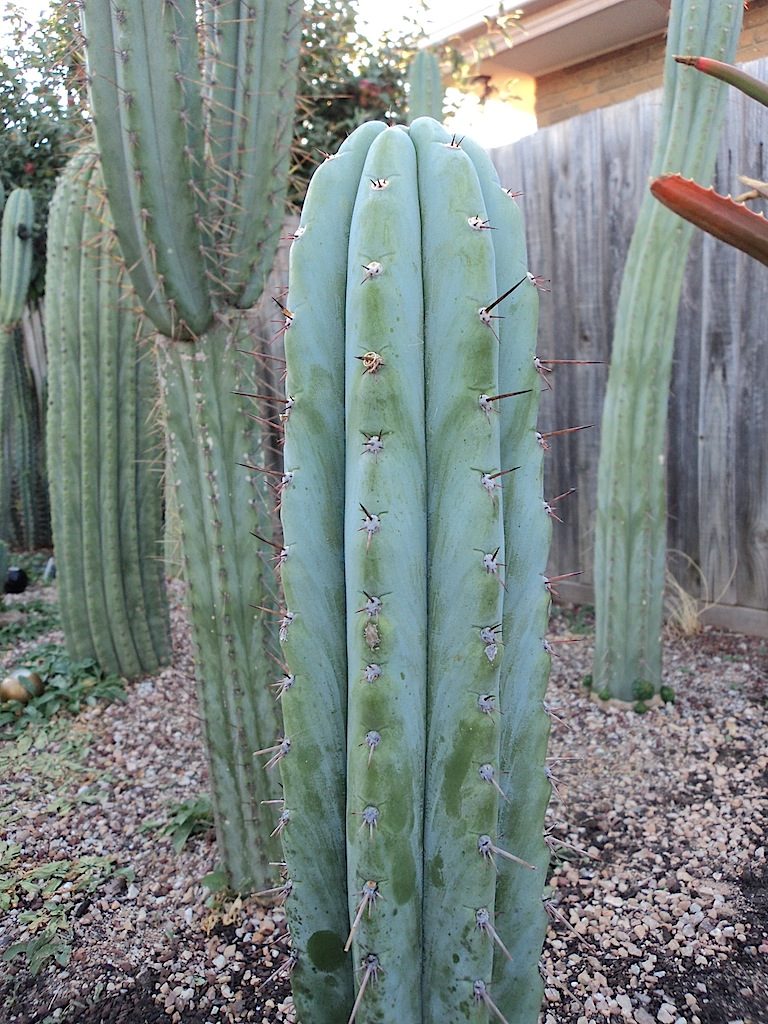 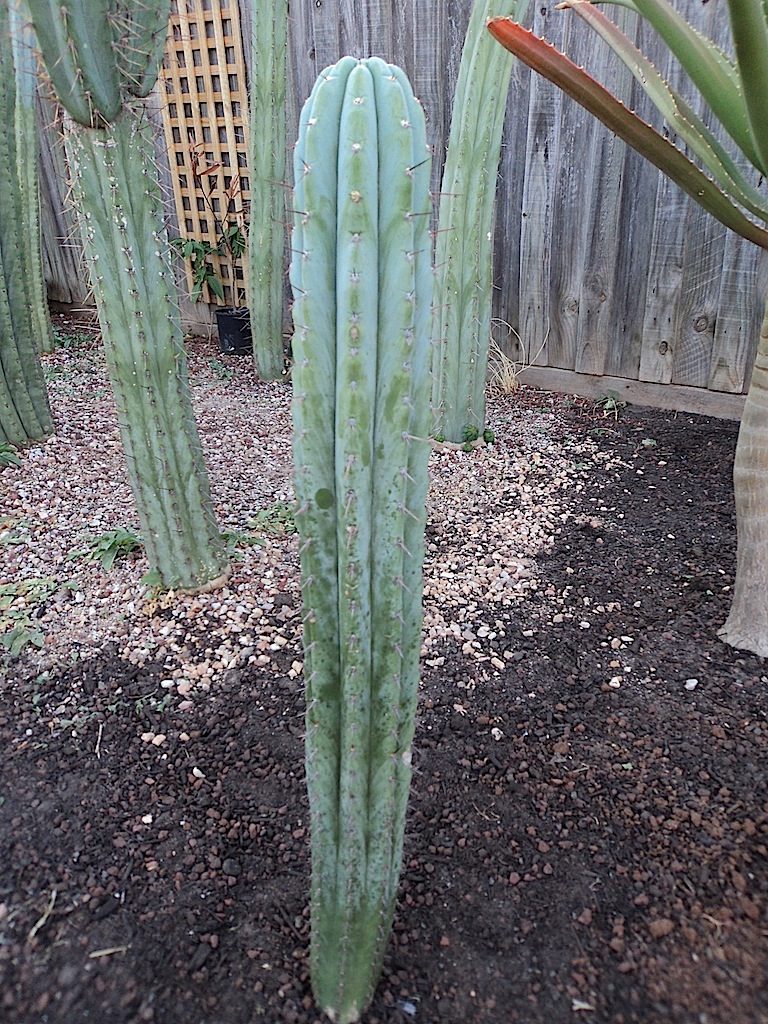 The ones in these pics were grown in Australia, where this type is a bit more common than in Europe. If you are looking for one, just send me a message at EG[ät]trichocereus.net or you could try making a post in our Trichocereus Facebook group where it shows up every now and then as well.