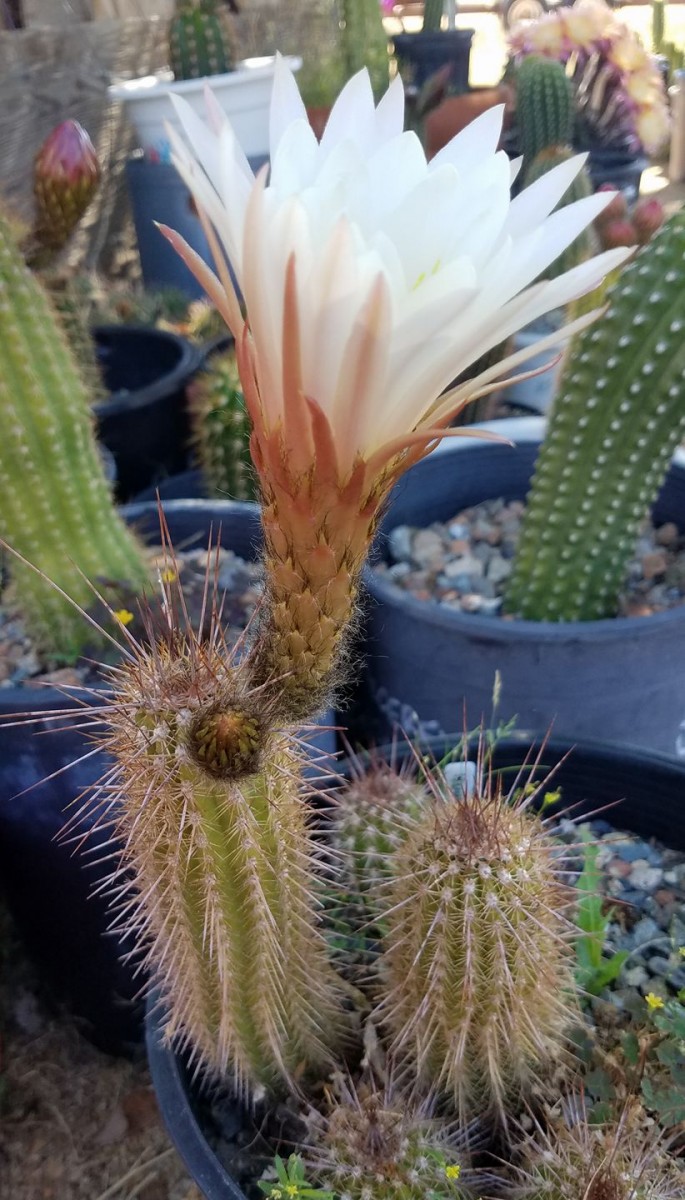 Check out two photos of Trichocereus strigonus in comparison

The flower of Trichocereus angelesii

The typus location is Famatima in the provence La Rioja, what makes it likely that it is synonymous with the commercial name Trichocereus famatinensis. It is also closely related to the plant that Ritter called Trichocereus callianthus. This plant was originally sold by Ritter as FR999, which was still labeled as Trichocereus huascha back then.

Kiesling´s description gives Darwinia in Argentina as the typus location and it´s not clear whether or not those plants were actually the same.

It´s a rare species that you only get rarely, but classic Kaktus nurseries like Kakteen Haage or Uhlig Kakteen might have some of them available. If you don’t have the chance to collect them at one of the aforementioned locations, you will probably not run into it very oftenly. There are also some older plants that you can find on the commercial market, and these are usually labeled as T. huascha or Trichocereus strigonus. White flowering Trichocereus huascha might very well be a mislabeled Trichocereus angelesii.

If you enjoyed this article, also make sure to check out some of our other articles. For example the archive pages on Echinopsis macrogona, Echinopsis peruviana or Echinopsis valida.