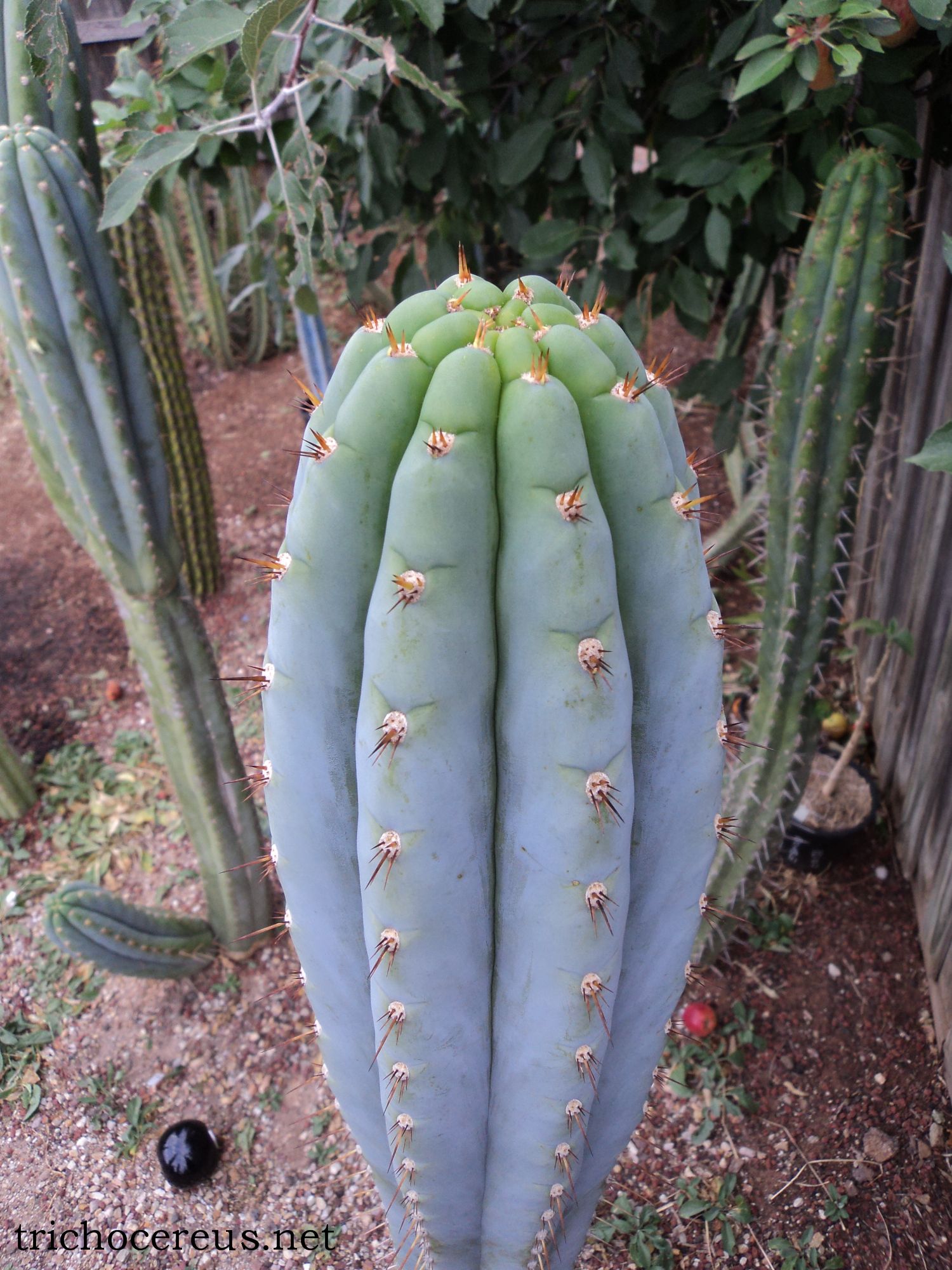 Sharxx Blue is a short spined Trichocereus peruvianus clone that was named after SAB Member Sharxx. It originated from the well known DAWSONS cactus collection and was distributed and named by PD (another SAB member).
It probably is some kind of Trichocereus peruvianus from Matucana, very much like ICARO DNA, the Los Gentiles, Rosei or the many other Matucana Perus.

The plant is extremely blue and glaucous. Overall, Sharxx is one of my all-time favorite Trichocereus clones and it’s a very popular among Trichocereus breeders.

This clone is sometimes available from Australian growers that gift or trade away cuttings every now and then. If you are interested in a cutting, you might try to make a posting at the SAB forum. There also are growers that use it to produce Trichocereus hybrids. This year was the first year that Misplant offered some crosses with this clone. It is also available from Trichocereus.com.au, who donated the pics below.