J3 is one of the unlabeled hybrids that Jim Hall of Cactus Country grew. There is not really much known about this clone, and the parents are lost unfortunately. Most people that grow them label them “Peruvianus”. Nonetheless, the plant looks like it could also have Bridgesii relatives.I am pretty confident that there is a Trichocereus bridgesii / Echinopsis lageniformis somewhere in J3´s family tree, but I doubt that it´s actually a botanically pure one plant.

Those three pics were donated by Michael Stillman and I will add a lot more to the database. All clones from cactus country, also known as J clones, are pretty rare and there only are a few of them in cultivation. 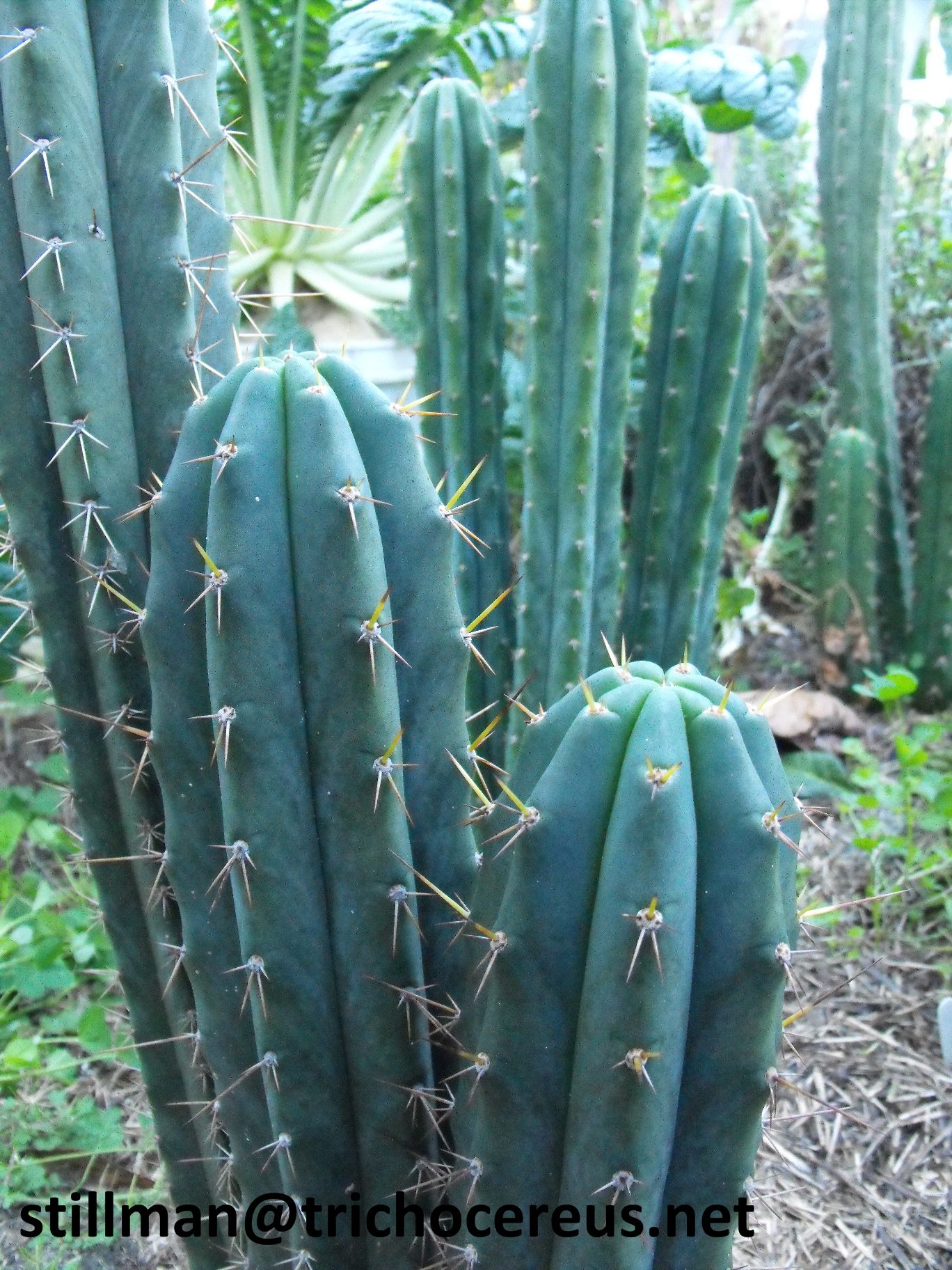 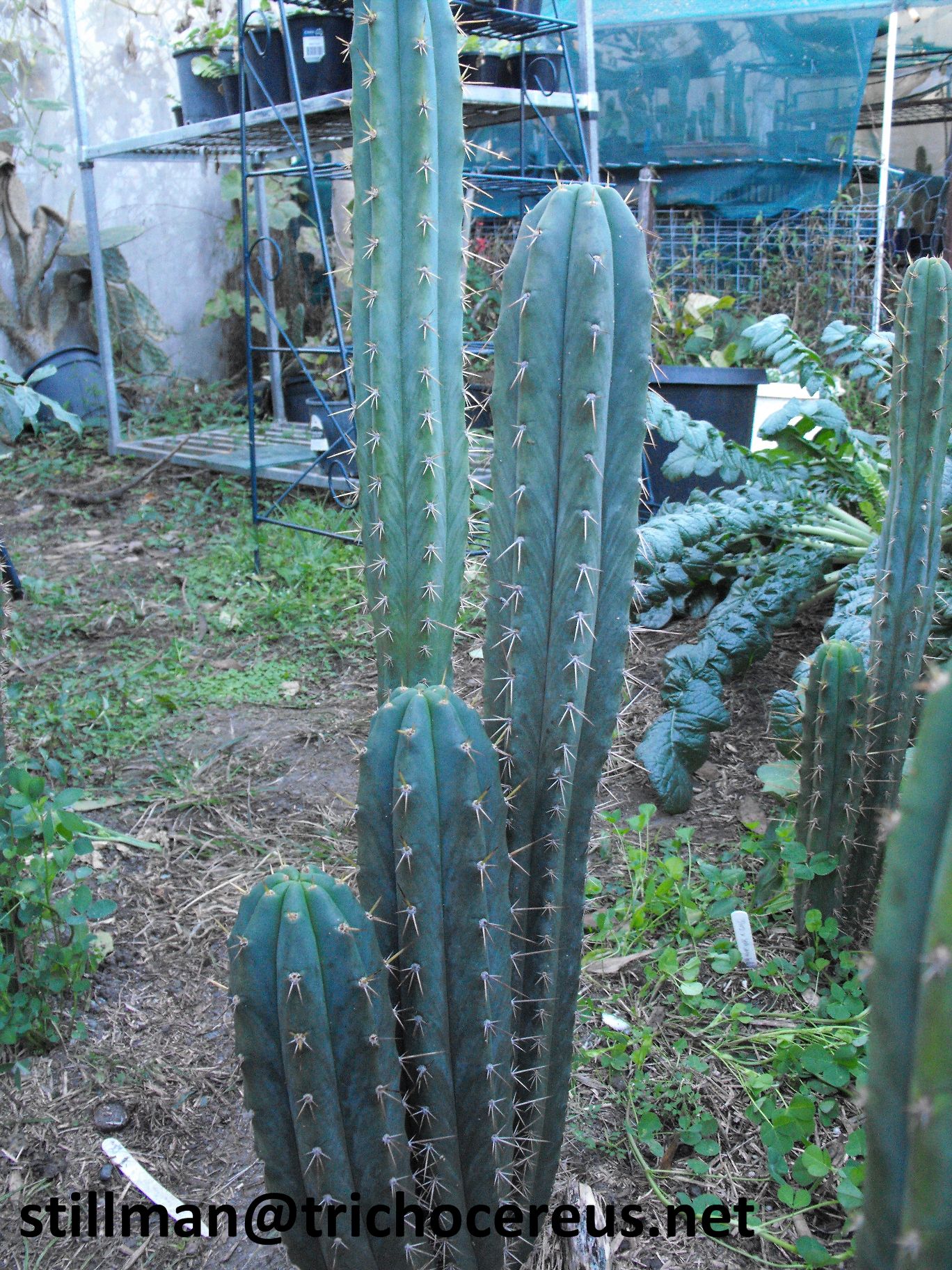 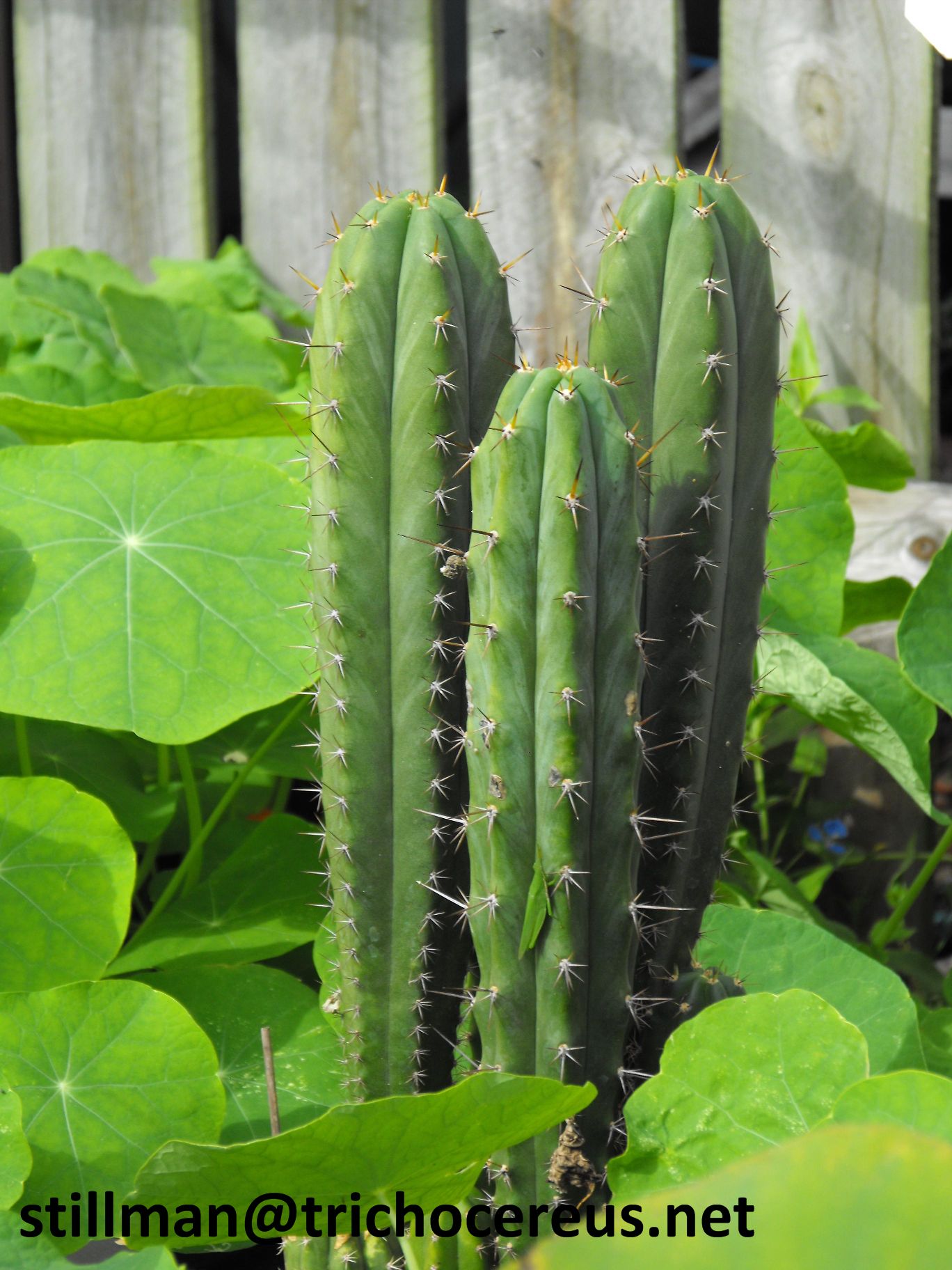 The following pics show hybrids in which this clone was used as a father. 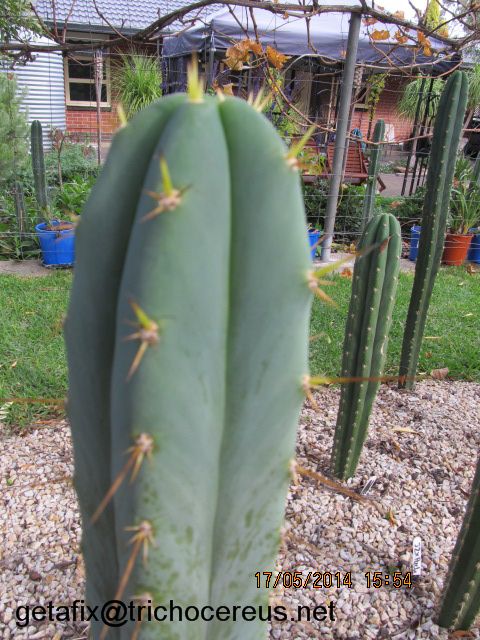 SUPER PEDRO x J3. Though the latter was only the father, the offspring is very similar to it and only shows very little similarity to the Trichocereus scopulicola hybrid Super Pedro. Definitely an interesting plant. 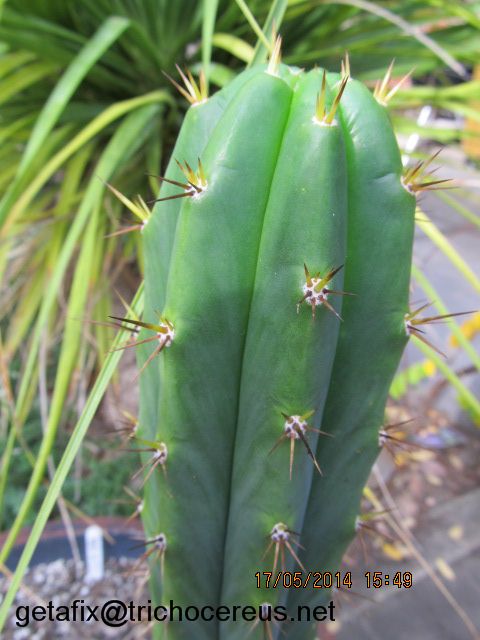 This plant shows Trichocereus pachanoi x J3 and looks very much like the father too. Despite the fact that plants often look more like the mother. However, it seems to have very dominant genes when being used as father. 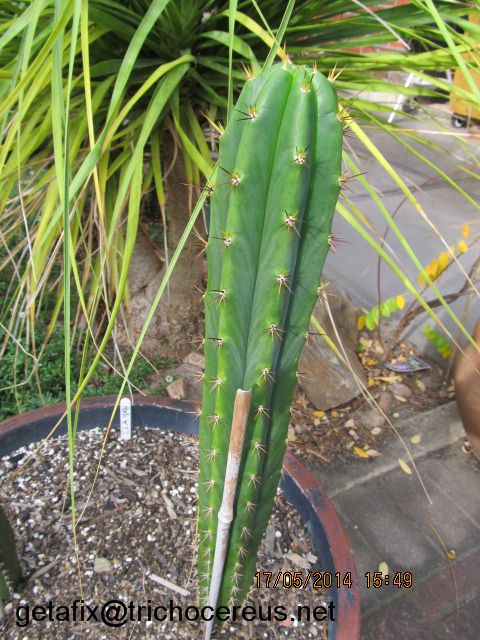