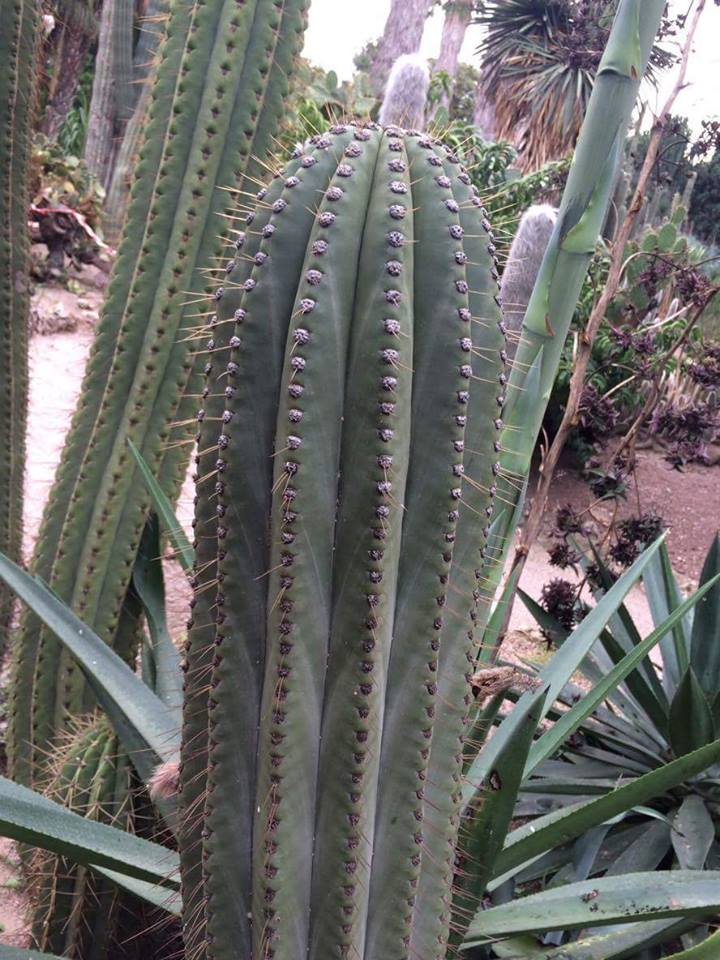 Trichocereus eerdermannianus is actually an intermediate species in between Trichocereus taquimbalensis and Trichocereus terscheckii. Overall, this is a very complex and highly controversial group of plants and only DNA testing can help to clean up the family tree that is hidden inside those beautiful tree-like plants. Personally, I think that all those Andean Trichocereus species are members of a very variable group of plants that belong together and should be treated like that.

Cultivation: Trichocereus terscheckii is an amazing plant in culture. They grow very slow compared to other Trichos and don’t require a lot of water. I usually try to give them as much free root run as possible, what is important for their ability to flower. Their growth rate depends on many things, like how they are grown, hoch much water & fertilizer they get, and so on. Plants in habitat grow very slow and sometimes take 50 years to reach a good size. Their mature form is totally different to what they look like as seedlings.

Description: They start off as typical columnar cacti that are pretty fat for their small size and get very big and tall later on. It takes many years till this species produces its characteristic side arms. Trichocereus terscheckii can reach a size of 10-15 meters and a diameter of up to 60 centimeters.

Areoles: Approx. 2 centimeters in diameter and up to 3-4 centimeters apart from each other.

Flower: White, 15-22 centimeters long, 14 centimeters wide, petals up to 8 centimeters. Tube covered with brown, woolly hair. The variety Trichocereus montanus was said to be less branchy and grew more like a typical columnar. Besides it had a larger diameter. I personally do not accept any varieties because I think that this is just a crazily variable species.

Trichocereus terscheckii and Frost: Trichocereus terscheckii is quite cold hardy and even survives in some areas in the United States. Personally, I would recommend a minimum average temperature of 10° Celsius/50 Fahrenheit, but they are known to survive short night frosts without a problem. However, temperatures should never go below -9°/15.8 Fahrenheit, especially not when they have wet feet. It is also important to keep away rain and moisture during the cold months, because the rain is probably a bigger problem that the cold temperatures. Those plants can stand the cold, but as soon as it´s cold and wet, it´s starting to get dangerous.

Trichocereus terscheckii from Seed: This species is very easy from seed. It requires the same treatment as any other Trichocereus species, but keeping the seed cold over night can help to break up the dormancy. The seed is usually viable for many years and I am sure you can get some Germination as long as the seed does not get older than 10 years. But you get the best germination rates within the first year. Make sure not to sow out too many of them at once, because they become quite fat and need enough space.

The photo above shows a T. werdermannianus, which is an intermediate between T. terscheckii and T. taquimbalensis.