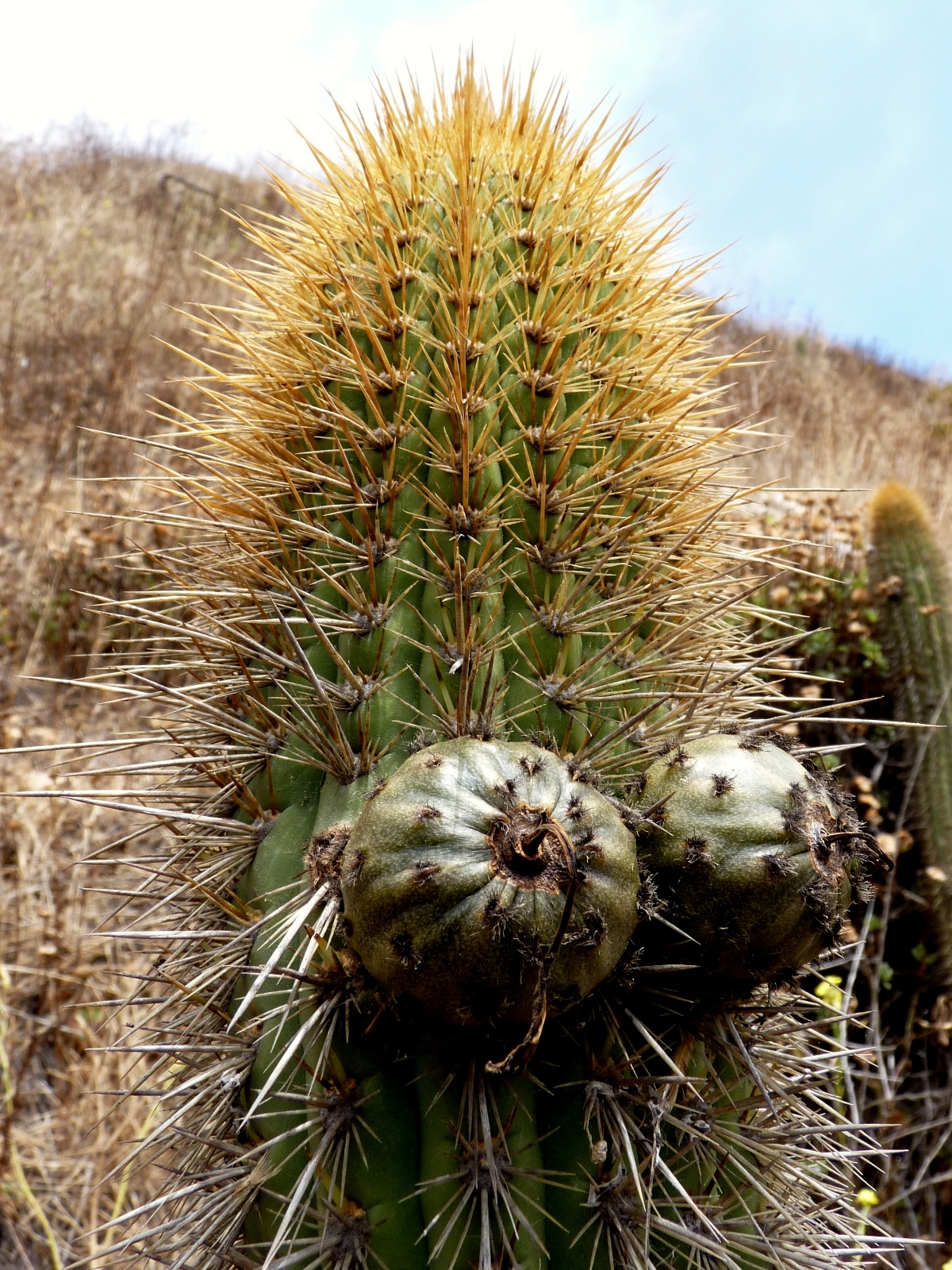 Trichocereus chiloensis ssp. litoralis gets between 1-2 meters tall. It has a very dark green color and and a maximum diameter of 10-15 centimeters.

15-22, areoles approximately 1-2 centimeters apart of each other.

Trichocereus litoralis has a white flower, which is extremely similar to the one on Trichocereus chiloensis. The flowers are up to 15 centimeters long, which is on the lower end of the scale for Trichocerei.

Round, dark green. Up to 5 Centimeters in diameter

Where to buy seeds and cuttings of Trichocereus litoralis?

You can get some seeds of Trichocereus litoralis in my shop.

Have a look at this beautiful picture of Trichocereus litoralis growing along the coast line in Chile.

The flower of Trichocereus litoralis is extremely beautiful and can be used in hybrid breeding. Unfortunately, those plants take very long until they reach adulthood.