The SS01 clone was brought into cultivation by Sacred Succulents. It is one of their oldest clones, going back many years and the number of hybrids that involves it is really high. It actually is a very blue Trichocereus that would usually be called Tr. peruvianus or Tr. macrogonus outside the SS nursery. The origin of this plant is unknown, but because of Sacred Succulent´s constant work with this clone, it is widely distributed.

Here is an excerpt from the Sacred Succulents description of SS01:

Columnar cactus up to 8´+ tall. Fat blue-green stems up to 6″ in diameter and 2″+ spines. Huge white nocturnal flowers. Can grow very fast; up to several feet a year. Tends to grow prostrate with age. We believe this to be a clone of either Trichocereus macrogonus or Trichocereus peruvianus. Cold hardy to 25° Fahrenheit.

My personal impression of this plant is that it is one of the plants that were originally sold by Karel Knize. Those were really common at the time this clone showed up and I would not be surprised if it was one of them.

Sacred Succulents used this clone to create many hybrids, such as SS01 x Tr. pachanoi, SS01 x BBG, SS01 x Tom Juul´s Giant, SS01 x SS02 and many more. If you want to buy some seeds or cuttings of Trichocereus SS01, check out the Sacred Succulents website.
Those photos show the SS01 clone and are not hybrids. I will have a huge number of SS01 hybrid pics in my upcoming book SAN PEDRO HYBRIDS, which will be out in 2017. 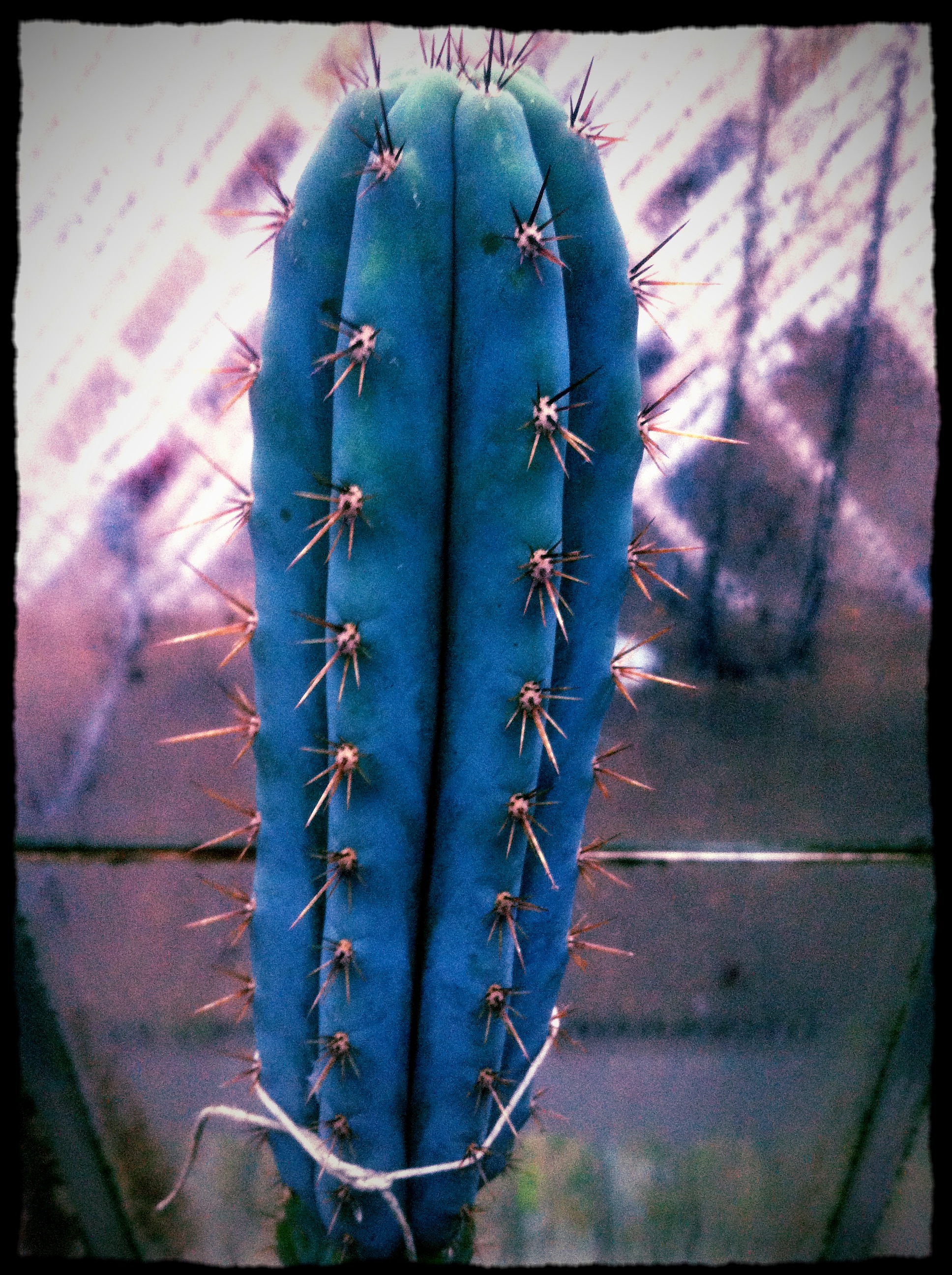 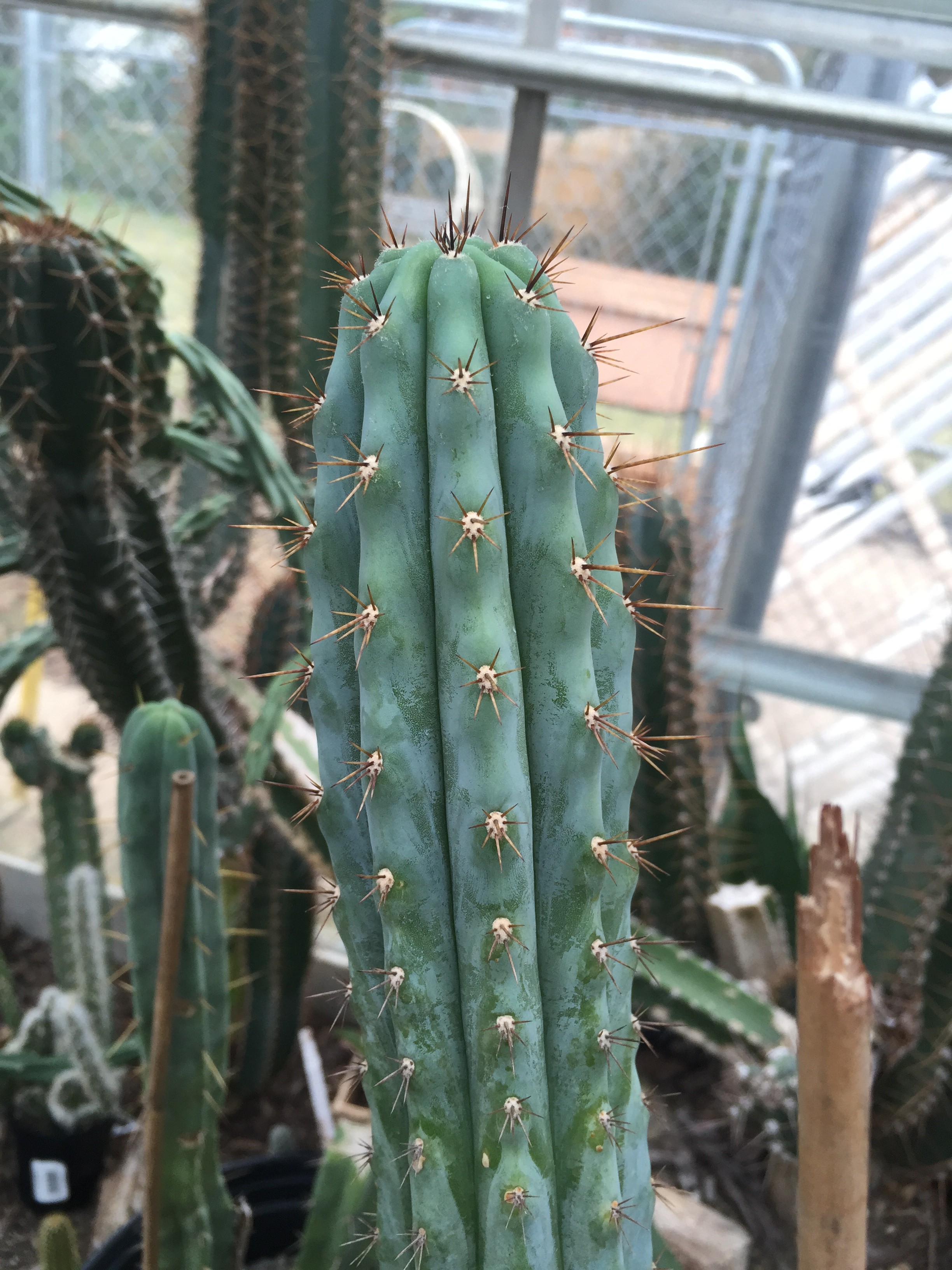 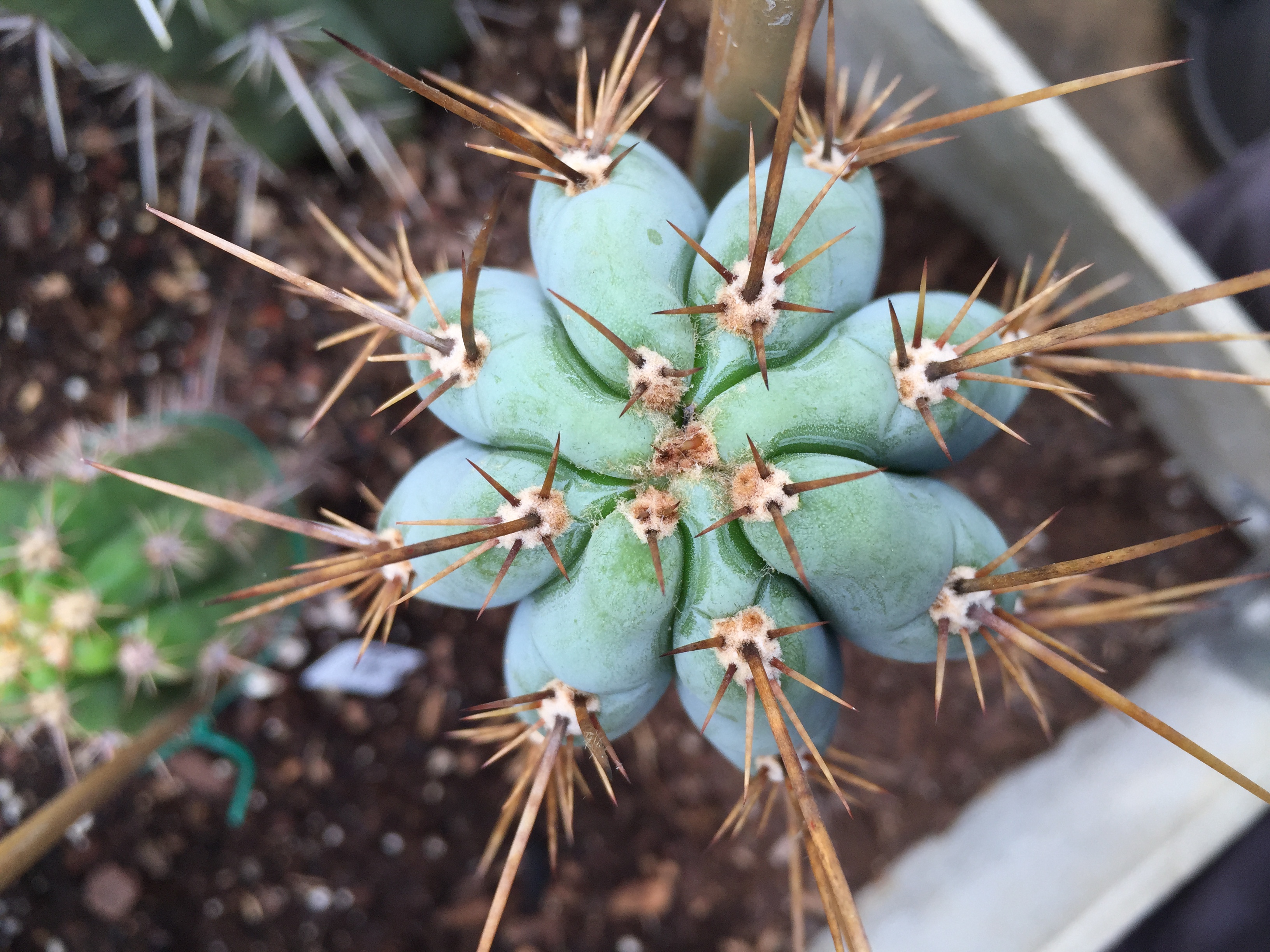