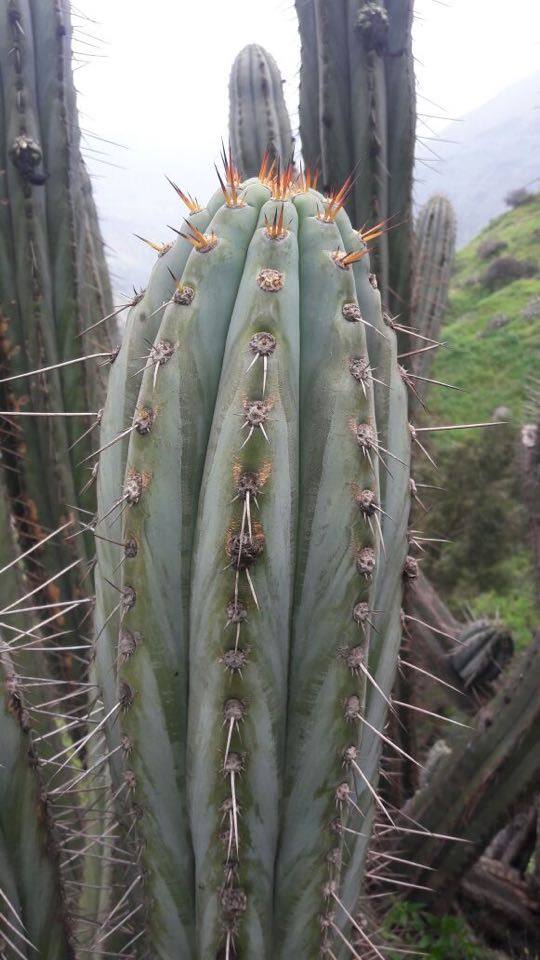 The first description about it was made using the name Cereus macrogonus SD. Cact. Hort. Dyck.Cult.

T.macrogonus and its connection to Trichocereus peruvianus

Kiesling wrote a very good piece on the species Trichocereus macrogonus and you can read it here:  http://www.cactusconservation.org/CCI/library/pdf/Albesiano_Kiesling_2012_Haseltonia_17_24-34.pdf

Trichocereus macrogonus is a very old name and since Britton and Rose came along with their description of Trichocereus peruvianus, the plants that used to be called Macrogonus were then treated as T. peruvianus. Due to the old age of the species name Trichocereus macrogonus, it is possible that it will be given priority over the newer name T. peruvianus IF the original description of T. macrogonus will be considered to be correct. Right now, this hasn’t been decided yet, but there’s a chance that this will happen.  However, many people want to keep the old name Trichocereus peruvianus just because it has a lot of history and traditions attached to it. The future of this species s is unclear and will be decided in the next years. Personally, I consider the name to be extremely problematic due to the many problems associated with it, eg no type locality, no flower description, unclear origin, not being found again in nature, etc.

Below you can find some photos of plants with this name from the commercial market. They differ greatly and not all belong to Trichocereus peruvianus. There are plants with the label Trichocereus macrogonus being sold that belong to T. bridgesii, T. pachanoi, T. peruvianus, T. werdermannianus, T. taquimbalensis, T. tacaquirensis, T. santaensis, T. bridgesii and Trichocereus cuzcoensis. Because of this, it makes no sense to use plants from the commercial market as standard for this species. 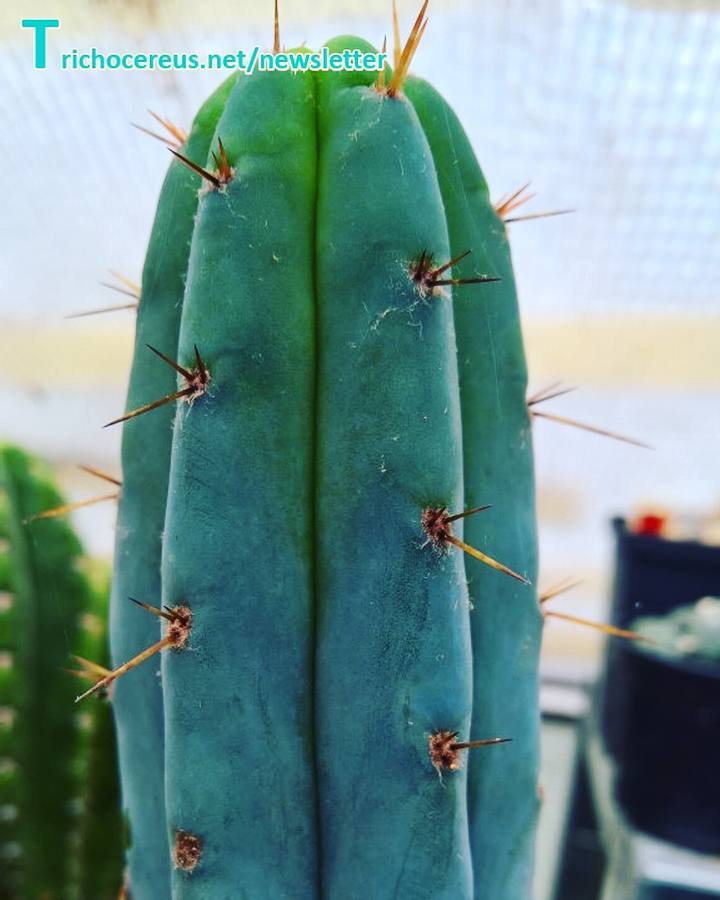 European Macrogonus clone. Very old clone and one of the oldest ones associated with the name. 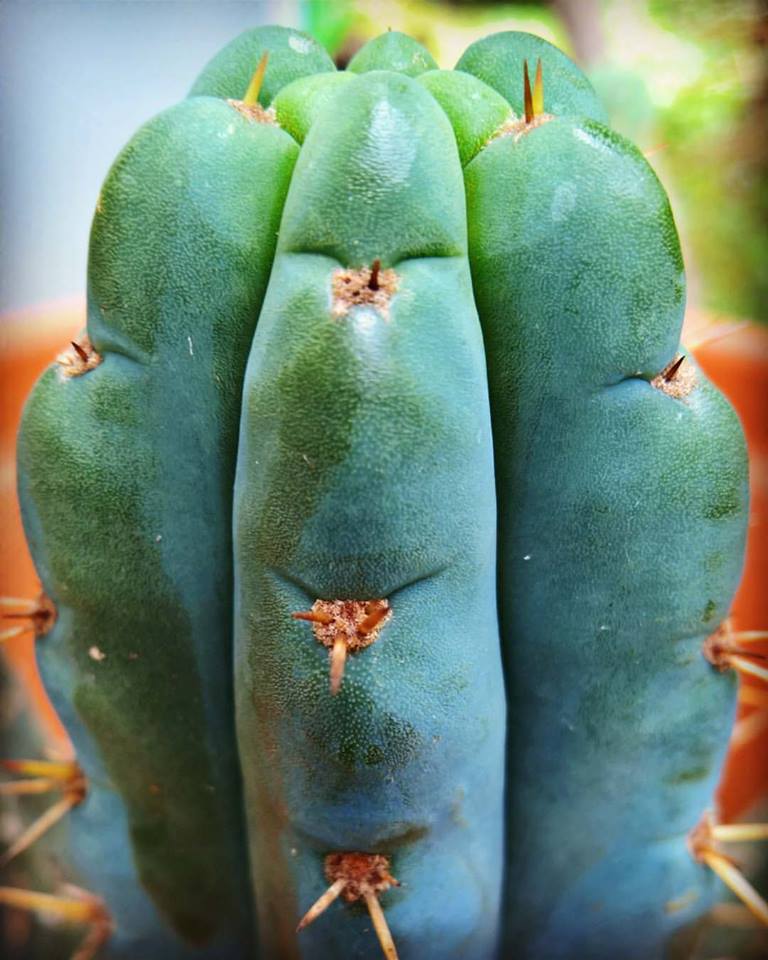 Different clone that was sold as Trichocereus macrogonus 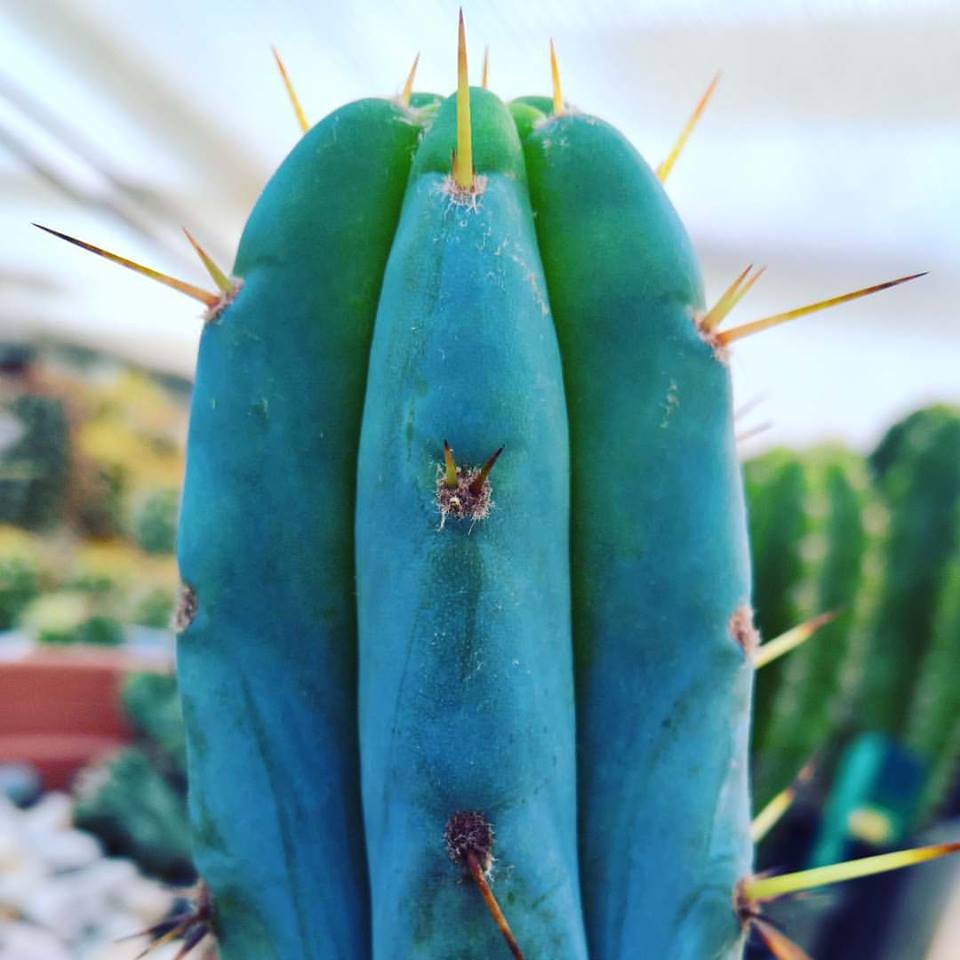 The photos below show Trichocereus macrogonus in the Huntington Botanical Garden 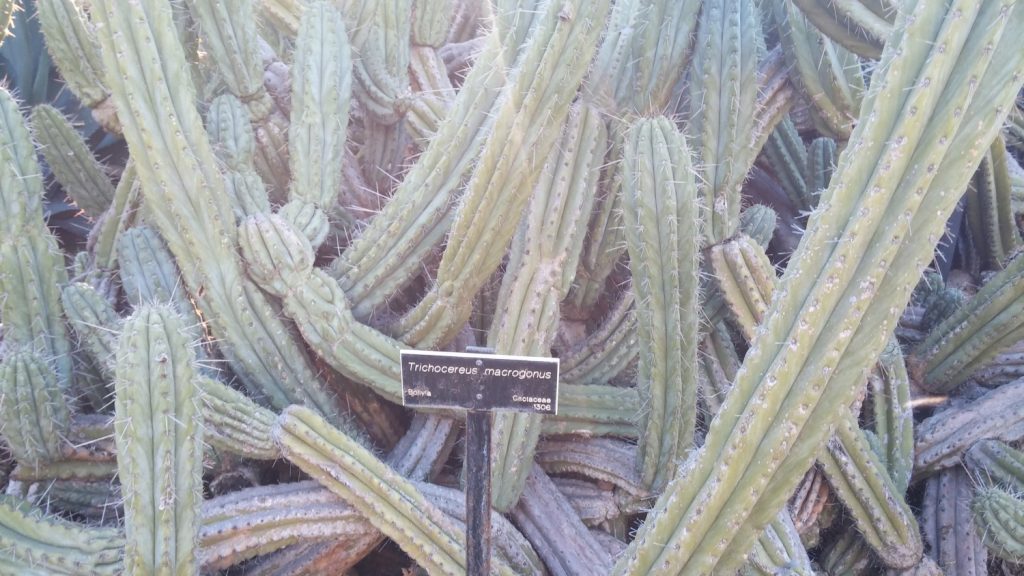 Trichocereus macrogonus in the Huntington Botanical Garden by Richard Hipp

Unkown. Possibly Bolivia but the species could never be found in Bolivia again. Originally, it was assumed that the plant came from Brasil and Borg wrote that the plant came from Bolivia or Argentinia but that could not be verified. Rauh found a Trichocereus in 1954 (collection number K68-1954) that may have been the wild Trichocereus macrogonus. That plant was found around the Mantaro Area in the middle of Peru.

This is the plant in question, and judging by its looks, it could actually be the originally described Trichocereus macrogonus. Back then, the plant was described as Cereus macrogonus (Salm-Dyk) and I know a very similar plant that was distributed by Karel Knize.

And this pic is from Backeberg´s description and shows a plant that is very common in European collections!

The spines are dark brown, black or gray in color. New spine growth can also be yellow. The problem is that there are countless types that are called “Trichocereus Macrogonus”. Some definitely belong in the Trichocereus Cuzcoensis complex while some others are a very frosty type of Trichocereus Peruvianus from Matucana.

About 2 centimeters apart from each other and 5-10 mm in diameter. Brown-felted.

Flowers: White, near the  top and up to 18 centimeters long. Trichocereus Macrogonus is a night flowering species.

Trichocereus Macrogonus is self sterile what means that you need two different species´to get seed.

The culture of Trichocereus Macrogonus is very easy. Basically, it has exactly the same requirements as Trichocereus Pachanoi (San Pedro Cactus) or Trichocereus Peruvianus (Peruvian Torch). It is a very hardy plant that forgives a lot and as long as you treat it like a cactus instead of a swamp plant, it will pay you back with healthy growth every year. The cactus only needs water during the hot, growing seasons. That means that in summer, you can water it every week or even days as long you allow the soil to dry up between waterings.

You can improve the drainage o

The importance of providing drainage

f your soil by adding purely mineral substrates like pumice, clay substrates like Seramis or simply sand. However, you should add a very small part commercial cactus soil because you want the substrate to be able to store nutrients and purely mineral substrates like sand tend to wash out nutrients very easily. Trichocereus Macrogonus likes a place with half-shade that gets a fair amount of sunlight every day. However, you should make sure not to burn the hell out of it. You need to adapt your plants slowly to sun light and if necessary you need to provide a shade cloth.

Trichocereus Macrogonus likes a bright spot with lots of fresh air during the wintertime. If you have the luck to live in a country with very little frost, like Australia or the hotter parts of the USA, you wont have the problem of winter storage because you can grow your plants outside but most people in other parts of the world are not able do that.

It´s best to store cacti in a very bright room with fresh air supply to prevent mold. The minimum temperature should be around 9° celsius/50° Fahrenheit. For this type of winter storage, the plants need to be kept dry, without any waterings in between October and April. If you have a greenhouse, you can start taking out the plants by May, but be careful about late night frosts because some south american species that take frost very well. For Trichocereus Macrogonus, this should not be a problem though.

The seeds of Trichocereus Macrogonus are like most other Echinopsis & Trichocereus seeds. They need light to germinate and should be sprinkled on top of the soil. They require a minimum germination temperature between 25° and 30° celsius and seedlings need to be watched carefully to prevent heat damage, because though temps up to 30° celsius increase germination rates, everything above can kill the young seedlings in an instant. Watch out for mold or fungus gnats. However, Trichocereus Macrogonus seedlings are actually tough.

Where to get seed:

There are many seed suppliers that sell seed of Trichocereus macrogonus. However, be cautious because there one or two south american wholesalers that sell over aged seed. Please not that there are some extraordinarily good Seed distributors from South America so there is no general rule of thumb. That´s how life is and I would recommend you to test the seed you are offered before you buy a substantial amount of it. I have seen people tank hundreds of dollars for seed that produced one or two seedlings.

The seed is viable for many years. This is something that most Trichocereus have in common and the seed is probably viable for at least 5-10 years, though you get the best results within the first year.

Commercial strains, clones or field numbers associated with the name:

This here is what grows out of Köhres or Knize Trichocereus Macrogonus Seed:

The Fields Macrogonus is an old Australian Trichocereus macrogonus clone that came to Australia through Blossfeld´s first South America expedition. Harry Blossfeld was a cactus collector that financed his expeditions by selling cacti to financiers, and that´s how it probably was with the Fields Macro. 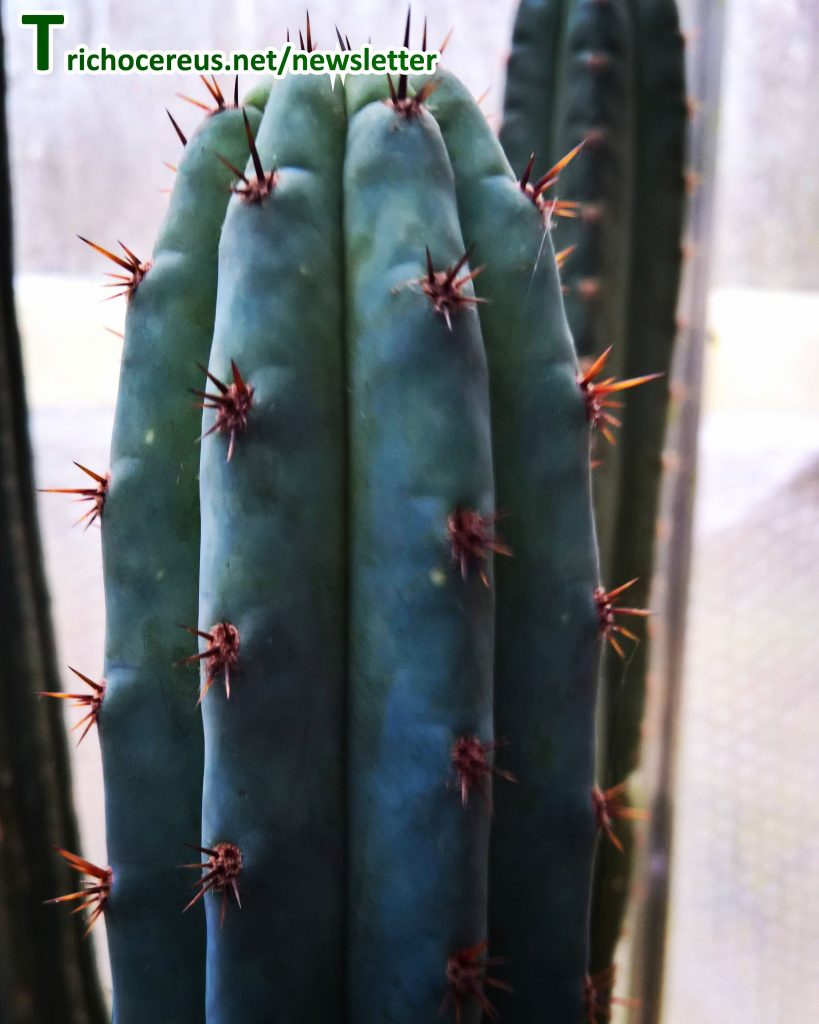 Red or brown spines are an important way to differentiate between them. 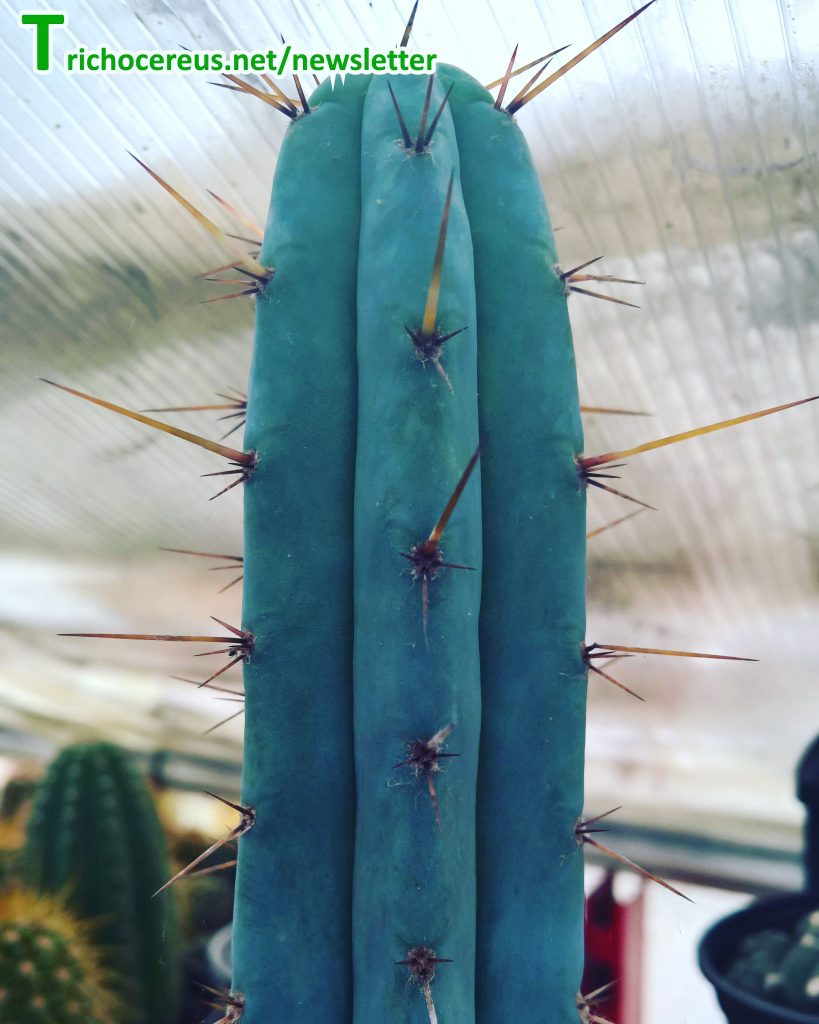 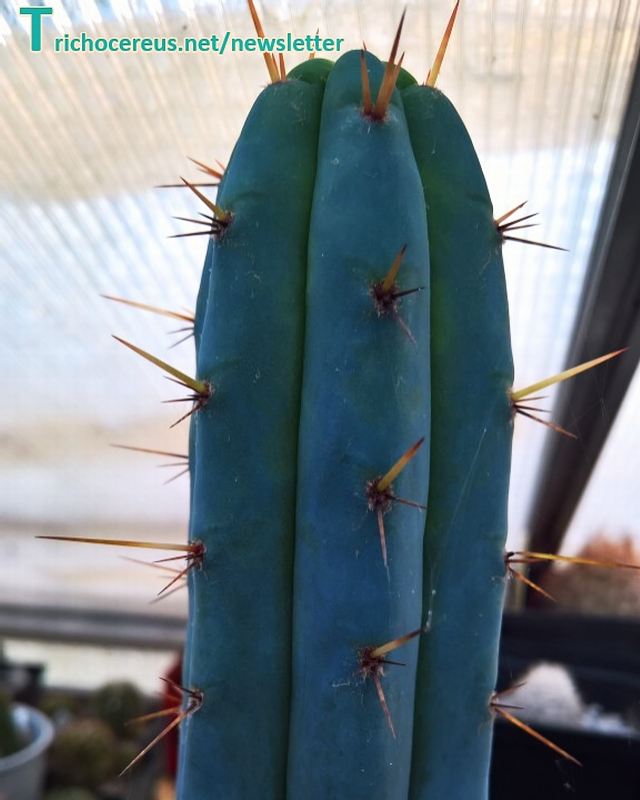 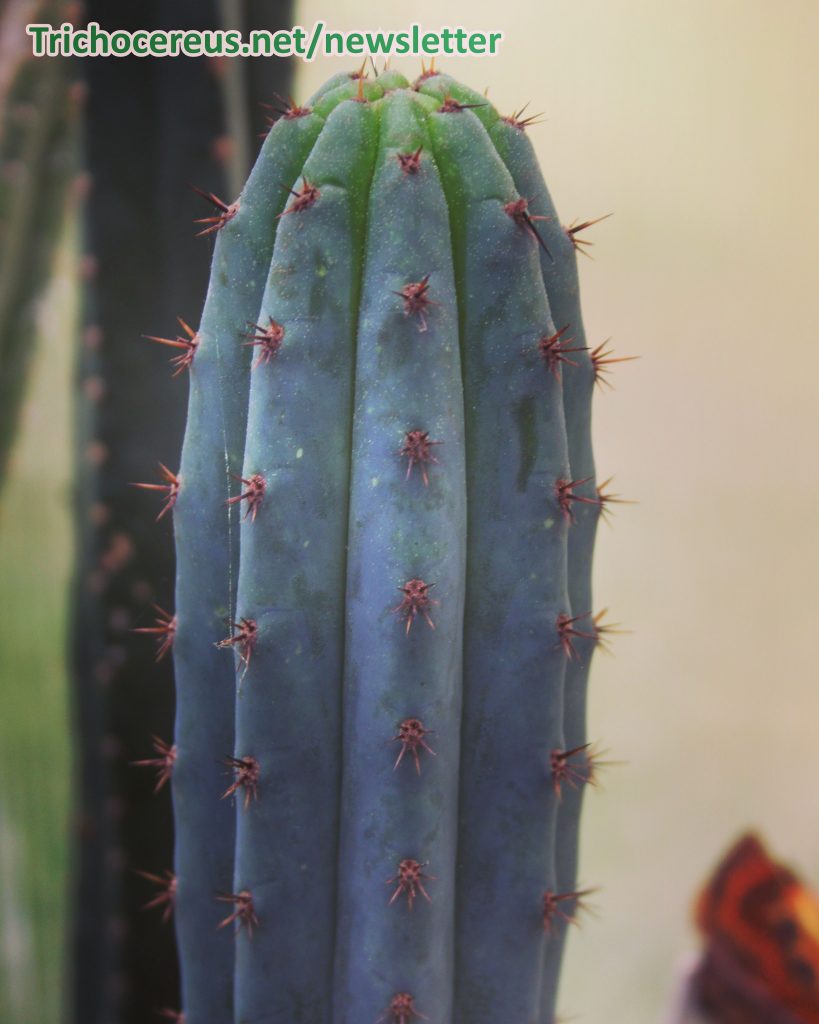 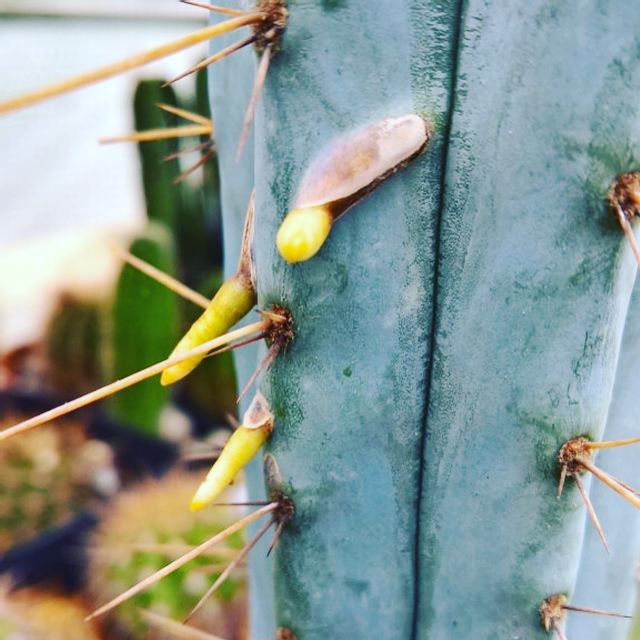 Good example of a Bolivian Trichocereus macrogonus sourced from Karel Knize. The plant is almost certainly a relative of Trichocereus werdermannianus or taquimbalensis.

Wild populations from Matucana that may or may not count as Echinopsis macrogona.

Videos on how to differentiate between certain T. peruvianus and T.pachanoi