The Super Pedro is a very interesting Scopulicola cultivar! It is probably synonymous or extremely closely related to the cultivar Trichocereus cordobensis. The SUPER PEDRO is a very popular clone within the Trichocereus community. I (and many others) originally thought this plant to be some kind of hybrid between Trichocereus pachanoi and Trichocereus scopulicola, but the more I looked into the subject the more obvious it became that this was probably not the case. Everything about the Super Pedro clone just points towards some alternative Scopulicola form other than the standard one.

Many people are convinced that the Super Pedro clone is most likely some sort of hybrid, but that does absolutely not have to be the case. To me, this plant is totally within the range of Trichocereus scopulicola or its close relative Trichocereus crassicostatus.

About 20 years ago, the NMCR distributed loads of Scop seeds that turned out to be a different kind of Scop. That means they were not the same as Friedrich Ritter´s FR991.
Almost all Scops on the market go back to Ritter´s collection. Well, almost all apart from those NMCR Scops.

In Tarija ( Bolivia) Ritter also found a plant that was called Trichocereus crassicostatus, which was a close relative from Trichocereus scopulicola. The whole flower morphology was Scop-like, but those plants were thicker, with very broad ribs and spinier than the original scop. Regardless of the thickness, they definitely belong into the Scopulicola group. And it´s very possible that the Super Pedro is actually this thick Scop-Version that Ritter described as Trichocereus crassicostatus. The photos that Ritter posted were crappy, but the description definitely fits.

There are two cultivars, which both are extremely similar and might even be synonymous. The SUPER PEDRO and TRICHOCEREUS CORDOBENSIS.  Around the same time those two showed up in the Trichocereus growers community, there were some Scopulicola seeds on the market that originated from the NMCR. This version was thicker and substantially differed from Ritter´s FR991…and looks almost identical to the two cultivars mentioned before. My personal guess is that both the Super Pedro and Tr. cordobensis (which btw has nothing to do with the city Cordoba) were originally sourced from the NMCR. They are not genetically identical, but might have been grown from the same batch of seeds.

One of those NMCR Scops can be seen here. The photo was made my M. S. Smith, who has a pretty amazing Flicker account with nothing but cool Tricho pics. Well yeah, you can see some more photos of the SUPER PEDRO cultivar down at the bottom of this page. After extensive flower analysis I can definitely say that the Super Pedro is a textbook Scop and is probably not even a hybrid. There´s still the chance that the Super Pedro, the Trichocereus cordobensis cultivar or maybe both are hybrids, but

Buy Seed or Plants: Super Pedro is popular but not available all the time. I know that the SAB member Shruman gave away some seeds a couple of years ago but I havent heard of him in a while and I do not know if he is still breeding. If you are looking for a cutting, you can send me an email. I sometimes have some, but they usually sell out fast. Oh wow, I just discovered that I am retarded because I actually DO have a pic of Cordobensis. This is it! Thanks lhb!

Super Pedro – The flower looks very much like a Scop, what makes it very likely that it is actually one. Another shot of a Super Pedro. This time from Prier. 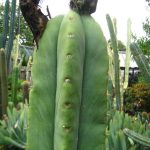 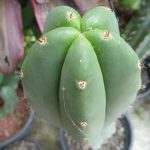 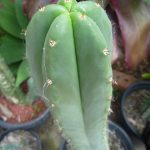 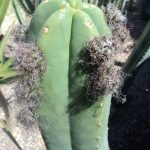