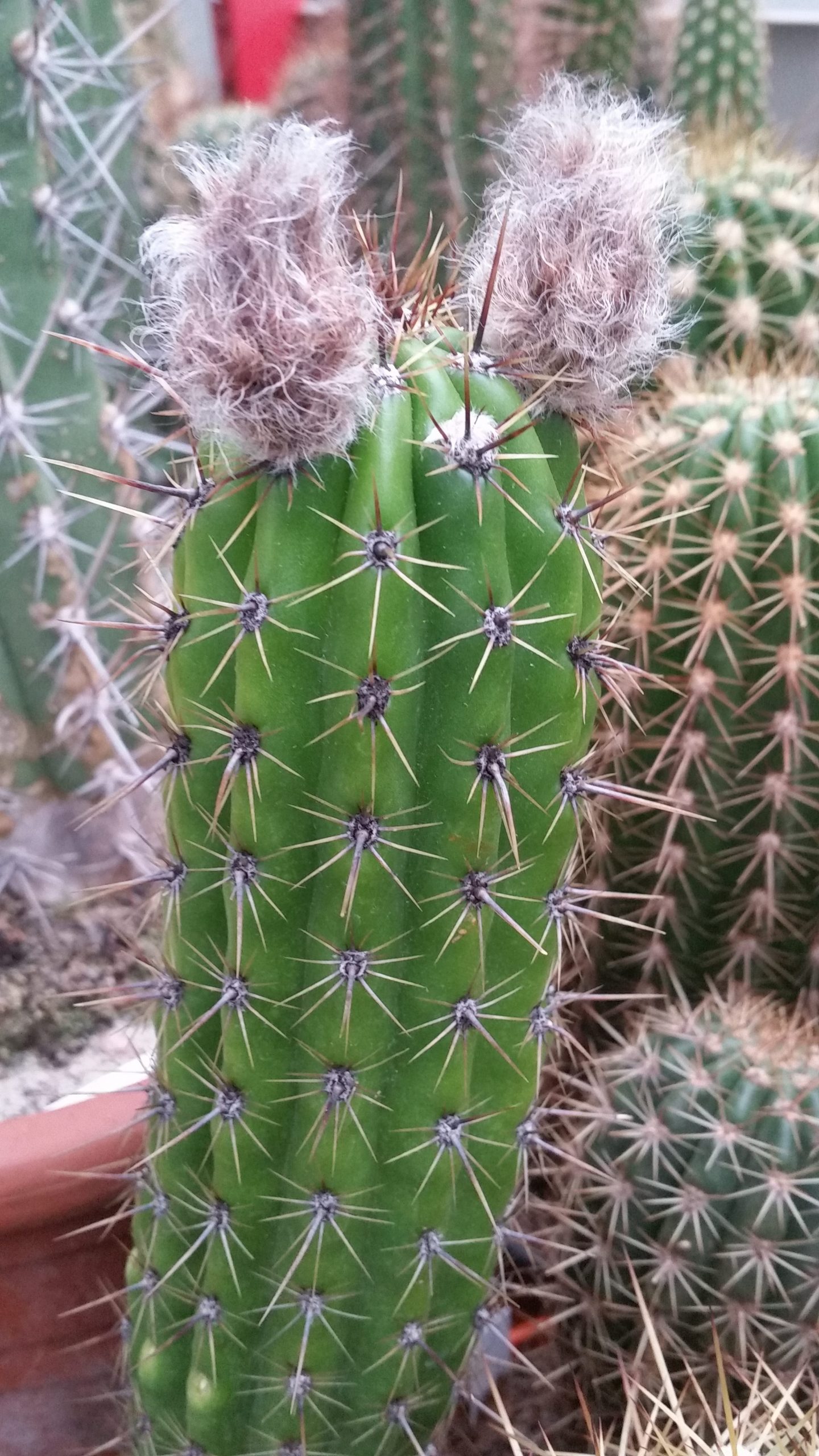 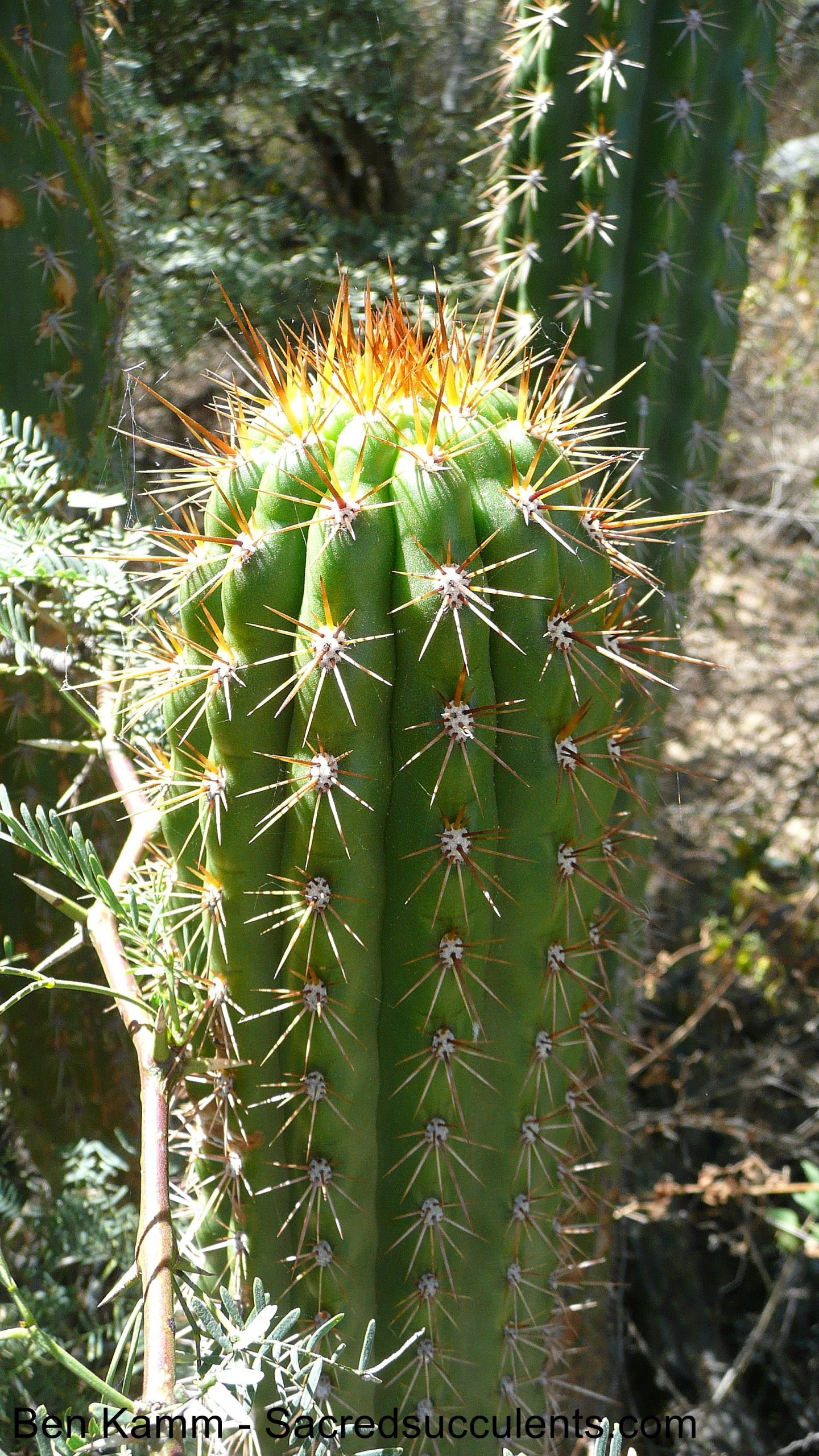 There is huge confusion around this species but as far as i can tell it from the first Pic, this is absolutely correct. Please note the similarity to Trichocereus spachianus.

Unfortunately, there is no pic of the flower but it should flower in white.

Sacred Succulents collected some Seeds and assigned the collection number BK10508.4 T. lamprochlorus, but so far, i haven’t seen any plants grown from this seed yet. 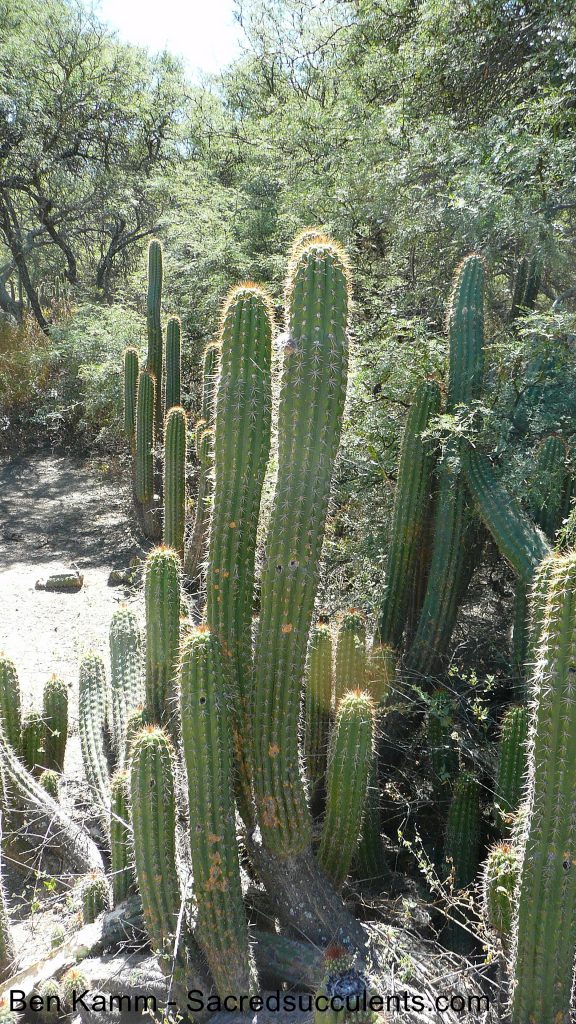 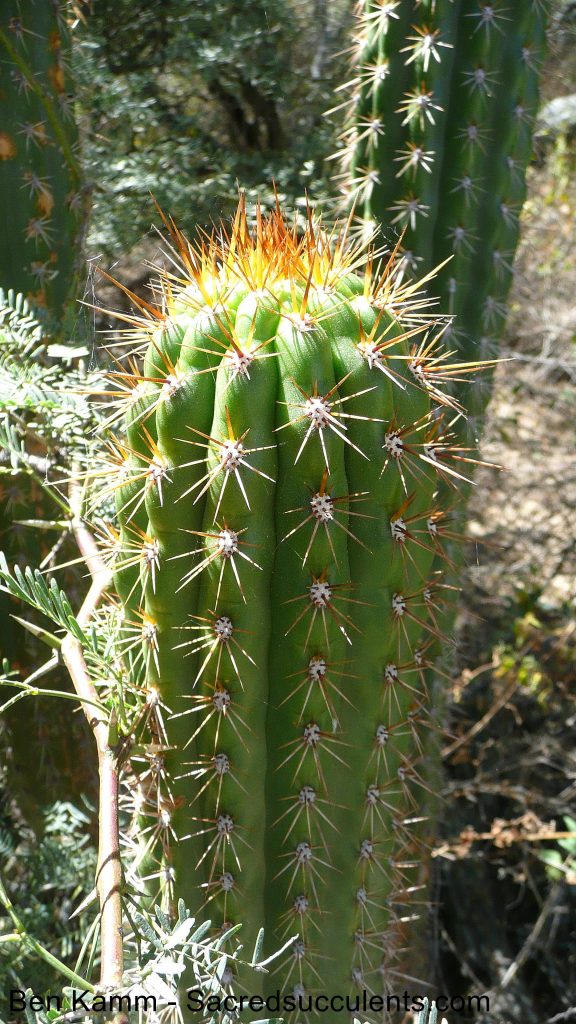 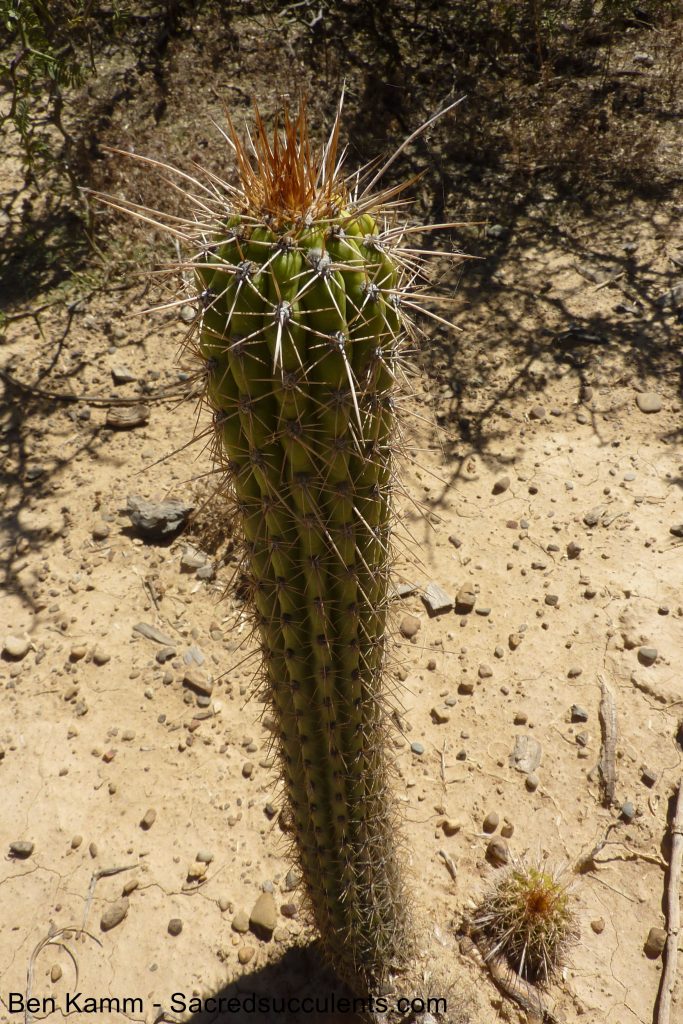