I am totally not sure if Knize´s Trichocereus Glaucus is actually the same plant that Friedrich Ritter described as Trichocereus Glaucus. Here is what I have about Knize´s KK336. He sold the plant for a very long time and collected them at various sites. The first one was sold through Knize 1999 seed list and is supposedly from Rio Tambo at around 1500 meters. The plants look totally different to what Ritter described so I am not sure how Knize got the idea that KK336 is actually a Glaucus. I assume it was only based on the glaucous epidermis, which is really very blue. He also sold it through the 2004 seed list using the remark “Rio Tambo, Arequipa, Peru”.

I am sure that there are many of those KK336 on the open market but most of them are probably labeled as Trichocereus Peruvianus, Macrogonus or simply San Pedro. All plants that I ever came across with the label Trichocereus Glaucus were more or less glaucous Perus.

The KK336 is definitely one of the coolest San Pedros that I´ve ever seen and it reminds me a lot of the dark blue Peruvianus from Matucana.

Where to buy seeds or plants of KK336: There sometimes are some american shops that sell this type on ebay. It´s been a while since I last saw one but they are definitely out there. Either as Trichocereus Glaucus, Macrogonus or Peruvianus. Knize also sold it as seed and live cuttings but I wrote about the shipping problems with him before. 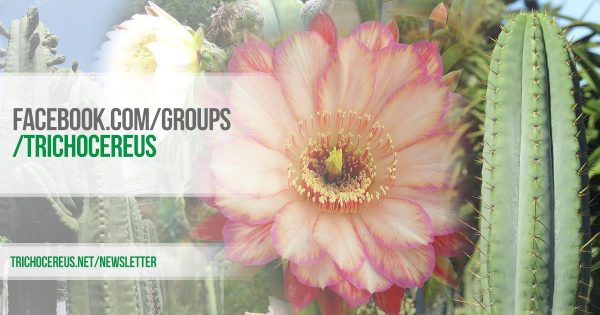