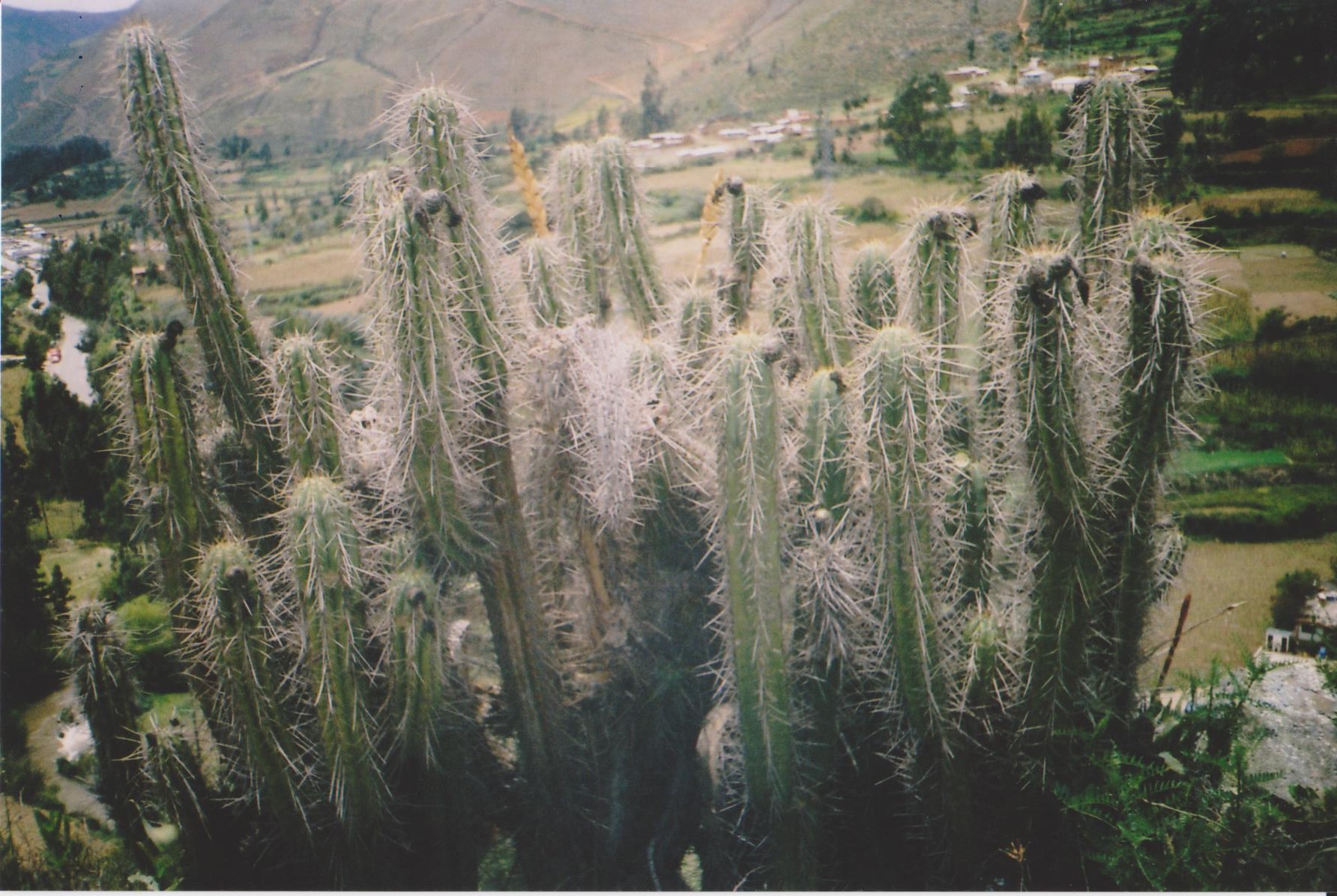 Trichocereus tarmaensis reaches a size of 2 meters and is pupping from the base. It has 7-9 ribs that are approximately 2 centimeters wide, rounded at the top and with very distinct V-notches above the areoles. The areoles are approx. 2-2,5 centimeters apart with a diameter of 9 millimeters. Young growth areoles have a very fine brown wool that changes it´s color to a darker brown. It has 3-6 radial spines that are between 1 and 3 cm long. It often has one very large downward pointing spine that is up to 10 centimeters long. The plant usually has one of those middle spines. Old spine growth changes its color very soon to a gray, similar to what we know from Trichocereus cuzcoensis.

White, very similar or identical to some of the spiny forms of Trichocereus cuzcoensis or  Trichocereus peruvianus. The tube has brown hairs and the fruit reaches a maximum diameter of 5 centimeters.

Central peru, Tarma in Peru at around 3000 meters.

This picture shows a seedgrown specimen that was sold through the SAB shop in Australia.

When looking at this pic, it gets obvious that this type is VERY similar to some types of Trichocereus cuzcoensis, and even has similarities to a KK242. I do not think that specimens of KK2148  could be recognized as such without knowing the label. They are simply synonymous with some types of Trichocereus cuzcoensis. This species grows at around 3000 meters altitude.

Below: Some photos from Tarma. The first one does not show a Trichocereus, but the others show some of the wild forms in between Trichocereus tarmaensis and Trichocereus knuthianus.