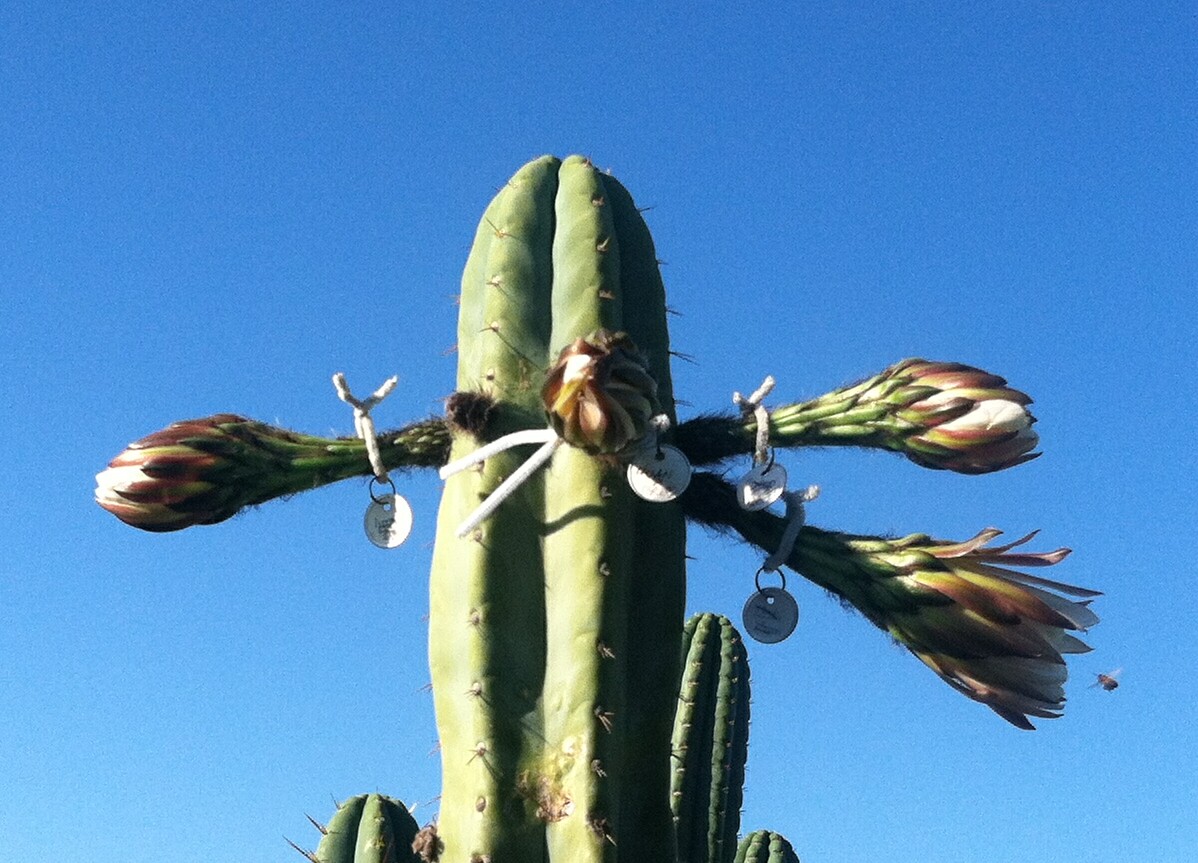 Trichocereus huanucoensis has very wide ribs, which give it a similar look to Trichocereus santaensis and Trichocereus bridgesii. The original site where Johnson collected his seeds is unknown, but the plants grown from them are common to be found in some parts of the USA. In California, quite a few larger plants were planted outside. Apart from its occurrence in cactus nurseries and collected in the USA, it is very rare in Europe. This underlines the suspicion that Mr. Johnson was indeed the source and distributed this plant among his friends and customers.

Trichocereus huanucoensis tends to be extremely fat and has a very bloated look. Its spine length is extremely variable and the specimens can have no spines or long spines but it usually has very few spines per areole. The spines are usually golden, but lack a swollen spine base. This is a key similarity to the plants from Chavin de Huantar as well.

Though the obvious lack of a description, it is a very attractive plant that deserves to be propagated. It is commercially available from Sacred Succulents or Misplant but it is still a rare plant.

One specimen of Trichocereus huanucoensis is also growing in the Huntington Botanical Garden in California. The specimen that Sacred Succulents use for their Huanucoensis crosses was originally from Ed Gay, who was a close friend of Johnson & Huntington. Some people tend to believe that Trichocereus huanucoensis is a Bridgesii relative, but the flower morphology pretty much rules that out right away. Its flowers and flower buds are typical for a Peruvian San Pedro, especially T. santaensis.

There is a variety of this plant on the market labeled H80361, which probably originated from Johnson also. There might have been the chance to find out more about the origin of the plant in the Huntington Botanical Garden but unfortunately, they do not have any info on where some of their older plants came from. At some point, their ID cards were stolen or lost, what makes it more difficult to find more information on the plant´s origin other than that it came from Huanuco.