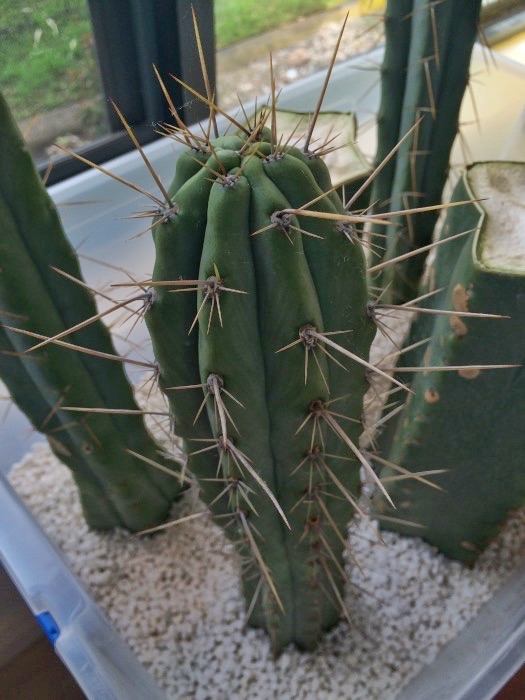 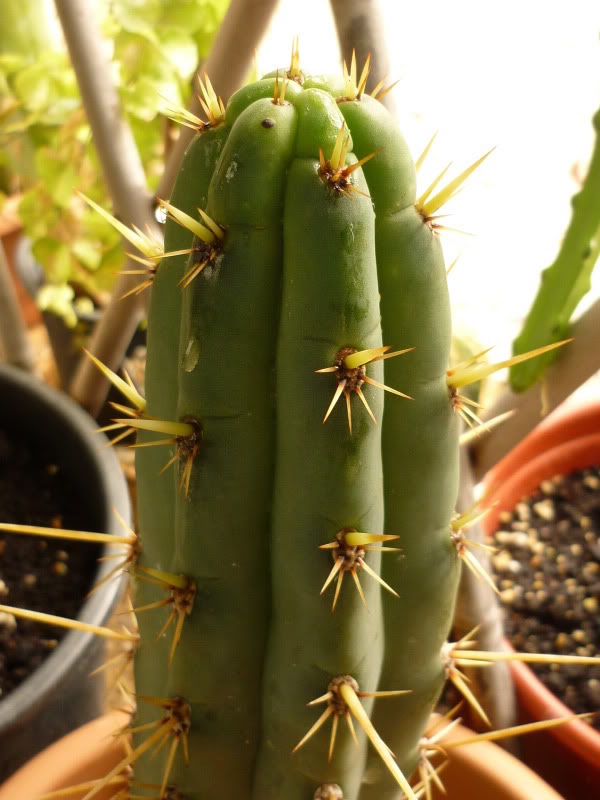 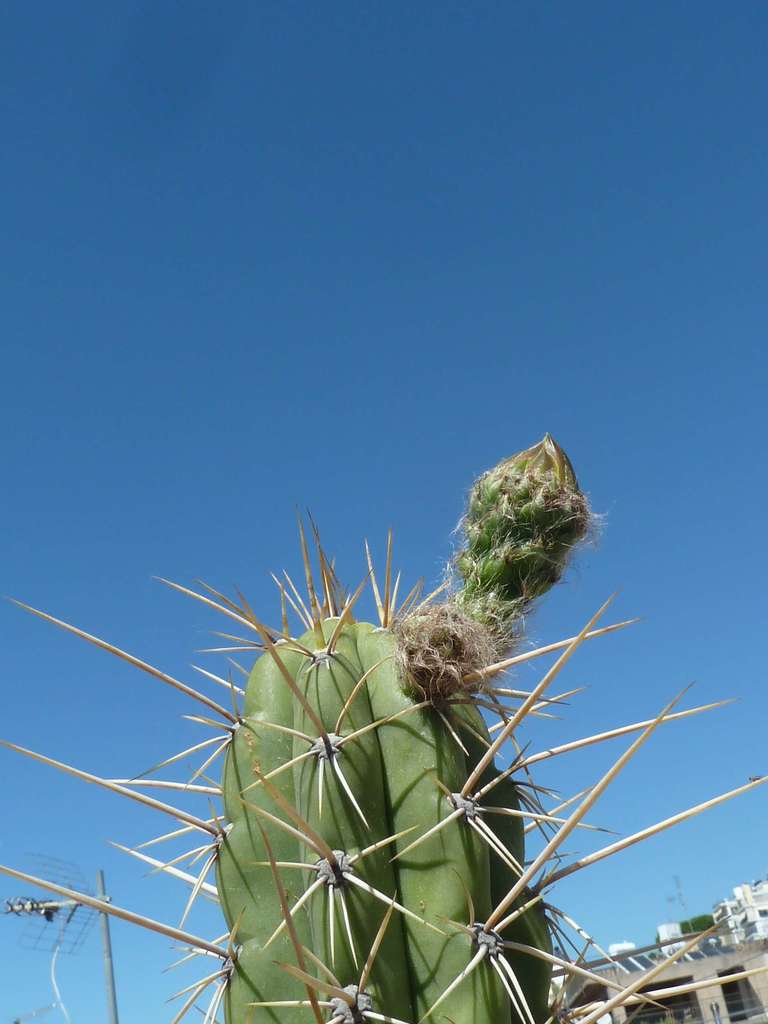 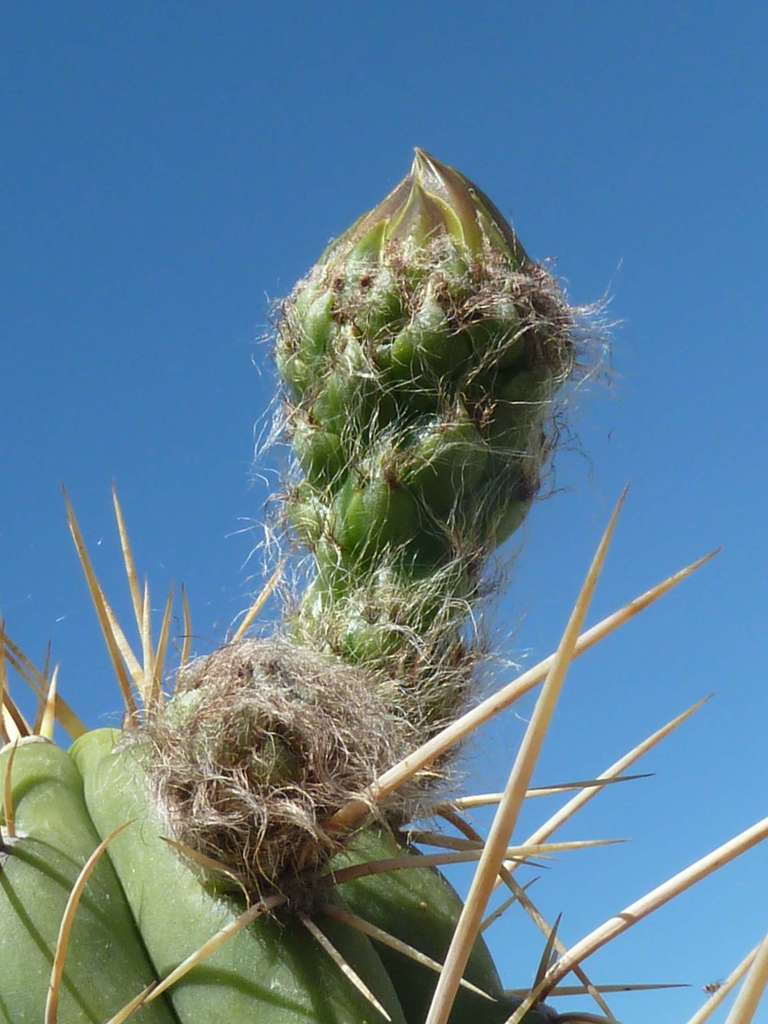 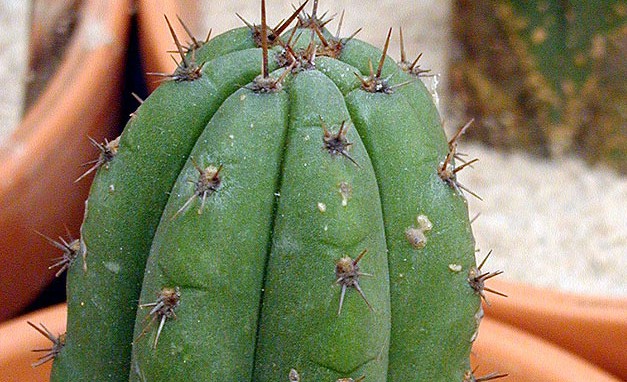 This clone was distributed by Karel Knize and the plant on the pictures was provided by our friend Trout from troutsnotes.com! The cutting was obtained in 2000. Another seed grown KK1670 was distributed by Shaman Australis but doesn´t seem to be available at this time.

Knize gives as Place of Origin:

This Picture is the One SAB has on their Site:

Just like the Place of Origin already suggests, this is most likely some kind of Trichocereus cuzcoensis. New spine growth is yellow and very spiny. Unfortunately, we don’t have any more pics of this collection. We will add some more in the future.

Where to get seeds or cuttings of KK1670 Trichocereus longispinus?

Well, since this plant originally came from Knize, there aren´t that many sources for his plants or seeds but him. In addition to that, you might be lucky to get some cuttings from the SAB shop, who sold some of them every now and then. So far, I´ve only seen them available on the market once and only as a seedling. As this type is probably just one of the countless cuzcoensis forms out there, it will probably be labeled Trichocereus peruvianus on the open market and I don’t feel like it’s possible to distinguish it from other, similar Cuzcoensis relatives. The pics here show how variable the plant can be and it will be very hard to keep it apart from others.

If you bought this type of Trichocereus from Knize or someone else, please let me know because I´d love to see if this really deserves the name “longispinus”. From what I´ve seen in those pics, it´s not very different from some other Cuzcoensis Varieties that I know. I am currently thinking that it is nothing but a marketing name. 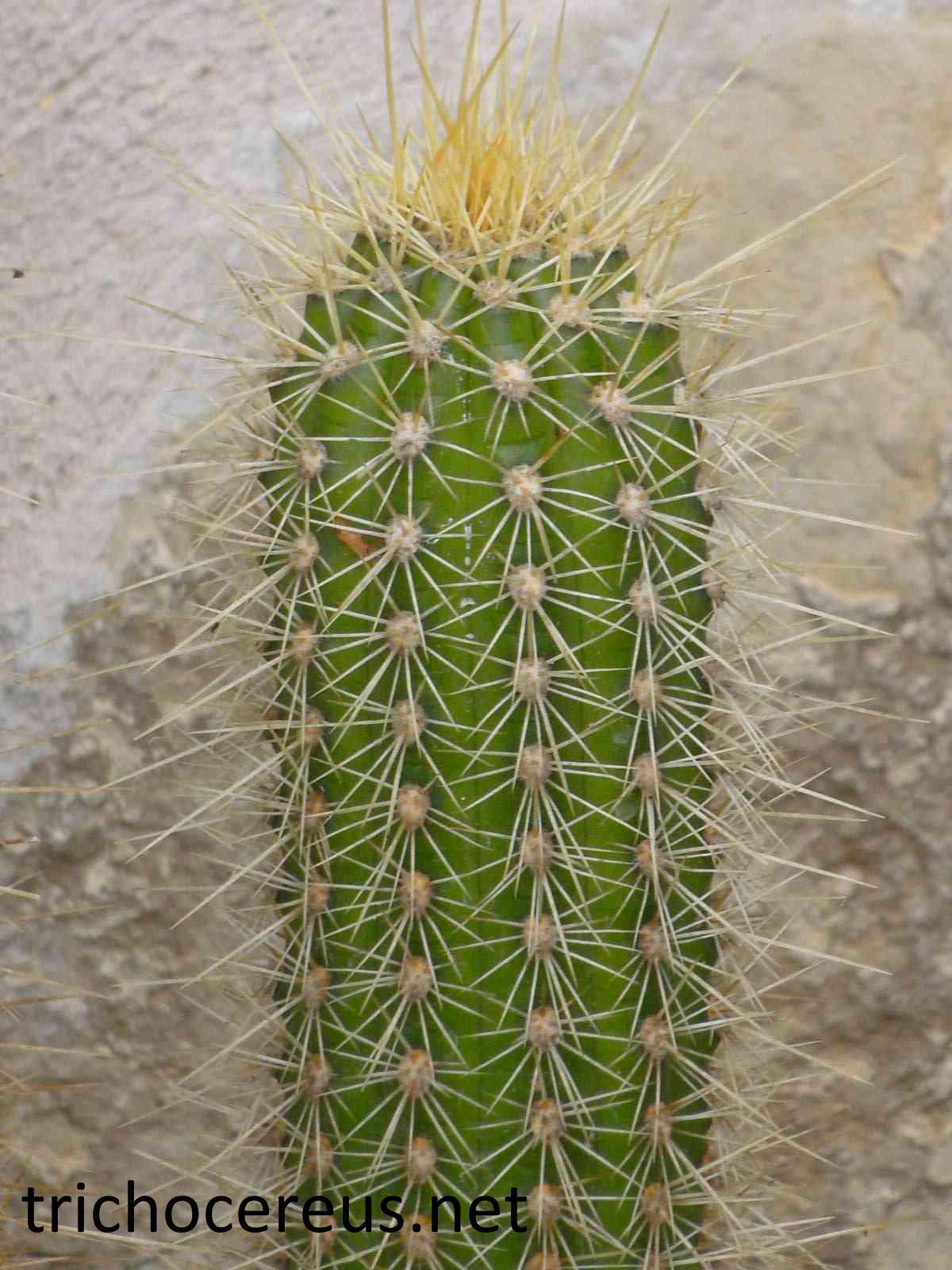 This is a very typical collection of Trichocereus camarguensis from Karel Knize. He assigned the collection number Trichocereus KK1414 for a collection site in Camargo, Bolivia, where this plant originally comes from.

The main database page for Trichocereus camarguensis can be found below.

I don´t know how much variation is within this local population but from the looks of it, I´d say it’s pretty typical for a Trichocereus camarguensis. The type locality of Trichocereus camarguensis was Cochabamba. Those plants can get up to 1 meter in size and grow bent over. They have up to 15 ribs, 10-13 radial spines and 1-3 middle spines. What makes this plant special are the yellow, almost white spines that differentiate it from Trichocereus Strigosus or Trichocereus Randalli.

: The flowers can be up to 22 centimeters in size, white with purple green sepals.

Fruit: The fruit of Trichocereus KK1414 is very small and only approx. 2-4 centimeters in diameter.

Like mentioned before, Knizes collection number for this type is KK1414. He offered it various times on his seedlist. Some as Trichocereus KK1414 var. Nanus, KK1414 var. Nana. Everytime, it was collected at around 2800 meters altitude. There also is a KK1413 but I do not have pics nor any other information about it than that it´s a Camarguensis too. From Camargo. It was on Knizes 2004 SEED & PLANTS List. 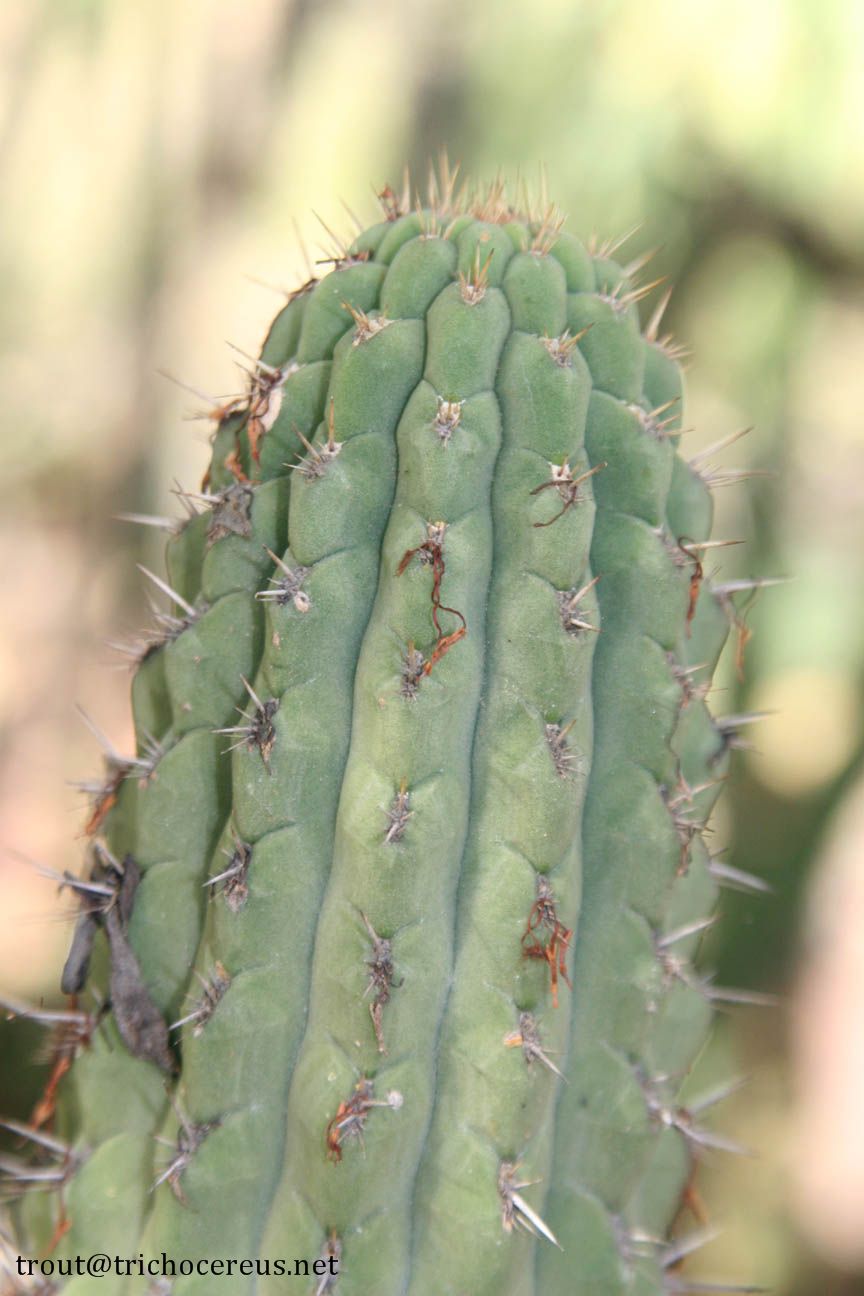 Karel Knize provided no photos for his collection, what makes it even more problematic to trace it back. Ritter wrote numerous interesting articles about this plant, including a complete description. Nonetheless, it seems that Knize´s description was the one that had priority. Because of that, Trichocereus crassiaboreus is now called Weberbauerocereus cuzcoensis. That also explains why Trichocereus crassiarboreus is nowhere to be found on most commercial seed and plant lists. At least not under this name. I have seen Weberbauerocereus cuzcoensis and it is a gorgeous plant that looks remarkably like a Trichocereus. I have never seen the flower of this species though. I also grew seeds from Karel Knize´s collection and they look a lot like Trichocereus glaucus so far.

The seed seller köhres once had some seeds of Trichocereus crassiarboreus/Weberbauerocereus cuzcoensis in stock. They are amazing plants and everyone should consider himself lucky to grow them. I might also add a flower description and a general description of this plant in the near future. But because it is not a real Trichocereus, I will push that back until I am done with the rest of the site!

Categories: Trichocereus Species, Trichocereus Species A - E
Tags: Friedrich Ritter, Knize, Weberbauerocereus, Weberbauerocereus cuzcoensis
Join my newsletter to get my free eBook TRICHOCEREUS CULTIVATION and a 20% discount!
Shop
Recent Posts
This website uses cookies to improve your experience. We'll assume you're ok with this, but you can opt-out if you wish. Cookie settingsACCEPT
Privacy & Cookies Policy