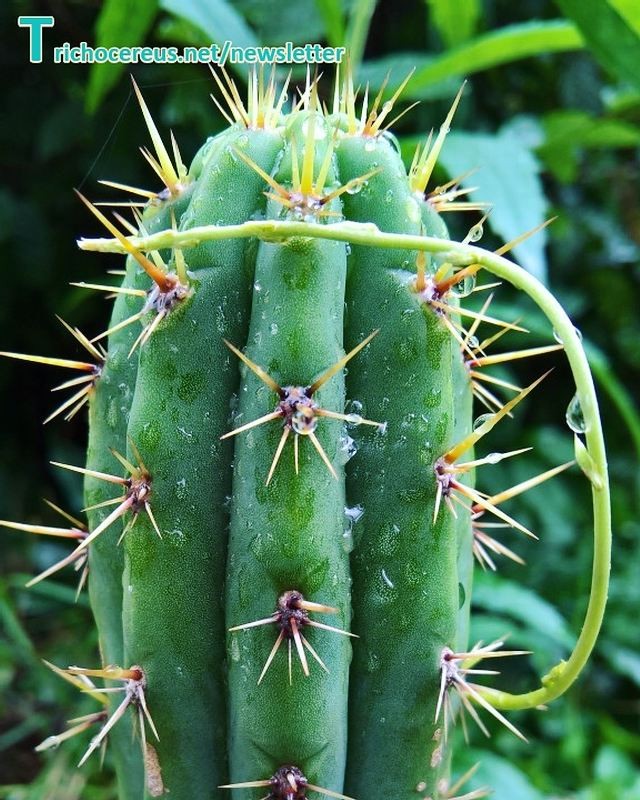 Because there are countless forms of Trichocereus cuzcoensis or its close relatives, we started collecting as many photos as we can to put them here together.

Echinopsis Cuzcoensis is a columnar cactus that grows columnar and is pupping from the base. It can get more than five meters tall, though most collection plants that are grown in pots do not exceed 2 meters. However, in countries like Australia, there are many huge plants of Trichocereus cuzcoensis to be found. New growth has a bright green color. It can get between 7 -9 rounded Ribs and the areoles are approximately 1-2 centimeters apart from each other. Trichocereus cuzcoensis has many, very strong spines. The number of spines is very variable but in most cases, I observed between 8-12 spines. The spines usually have a rounded, knobby base. New spine growth is yellow or dark brown while old spine growth is usually dark gray to white with slight black undertones or black spine tips. The spines usually are between 5-10 centimeters long. If you have a suspected E.cuzcoensis with a low rib count, it is likely not a Cuzco but a close relative such as the plants from San Marcos, T. schoenii, T. santaensis, etc.

Trichocereus cuzcoensis is a night-flowering species but the flowers usually stay fresh until the morning of the next day. It is self-sterile and you need another specimen as pollen donor in order to produce seed.

Peru, Cuzco. Cuzcoensis relatives from other areas do not count as T.cuzcoensis is the sense of the description.

Trichocereus Cuzcoensis is grown just like other Trichocereus species. It´s a very tough and frost hardy species and is able to cope with temperatures down to -9° celsius/15.8° Fahrenheit for short periods of time. The minimum average temperature is 10° celsius/50° fahrenheit. That temperature is also the minimum temperature that it needs to stay healthy during the winter.

Trichocereus cuzcoensis can be overwintered in a bright and well ventilated place. The temperature should be around 9-10° Celsius and the plants need to be completely dry. In european countries, the growers stop giving water and fertilizer in late summer (September or October) and take em in until early May or April. Keeping the plants dry and cold over winter also helps to increase flower production. Plants that are kept in a warm room over the winter lose their ability to flower. Besides, plants or seedlings need to be watered on a regular basis as soon as you have them in a heated room. If you want to overwinter a Trichocereus in a warm room (20°-30° Celsius), you have to water it on a regular basis. You can only overwinter a plant “dry” if the temperatures are low.

Growing Trichocereus cuzcoensis from seed: Trichocereus cuzcoensis is very easy from seed, because it is relatively resistant to most pests. One of the biggest challenges is to get good quality seed because most cuzcoensis seed on the market is pretty old and some do not even germinate. I am constantly looking for interesting new types of Trichocereus cuzcoensis, because they are amazing plants. Take a look at the pics from the Sacred Succulents Field Trips that are labeled “Cuzcoensis” and you will most likely agree. Germination temperature for Trichocereus cuzcoensis is between 26° and 30° celsius. It only needs very little water to induce germinations and if you have quality seed, they will germinate within 2-6 weeks. If nothing shows up by the 6th week, you will probably not get germinations at all. In this case, remove the lid, let the soil dry out and start with the germination process again. Those cycles mimic the way this actually happens in nature and sometimes, you will be able to re-activate dead seed. You can also add GA-3, which is Gibberelic Acid or use a strong HPS or LED lamp to wake the seeds up, because ultraviolet light increases germination rates. In general, Trichocereus seeds need light to germinate, so do not cover them with soil.

Below: A form of KK242 that is not a Trichocereus cuzcoensis.

One of the many faces of KK242. Copyright K.Trout

Also check out this posting with many cool Cuzcos fom the Sacredsucculents Field Trips! 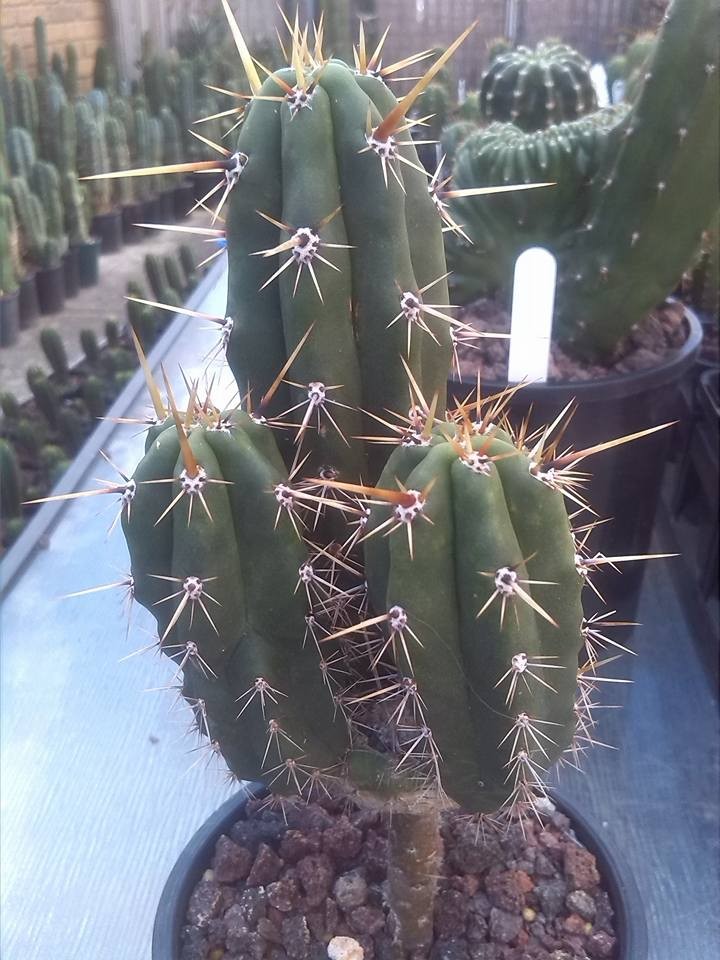 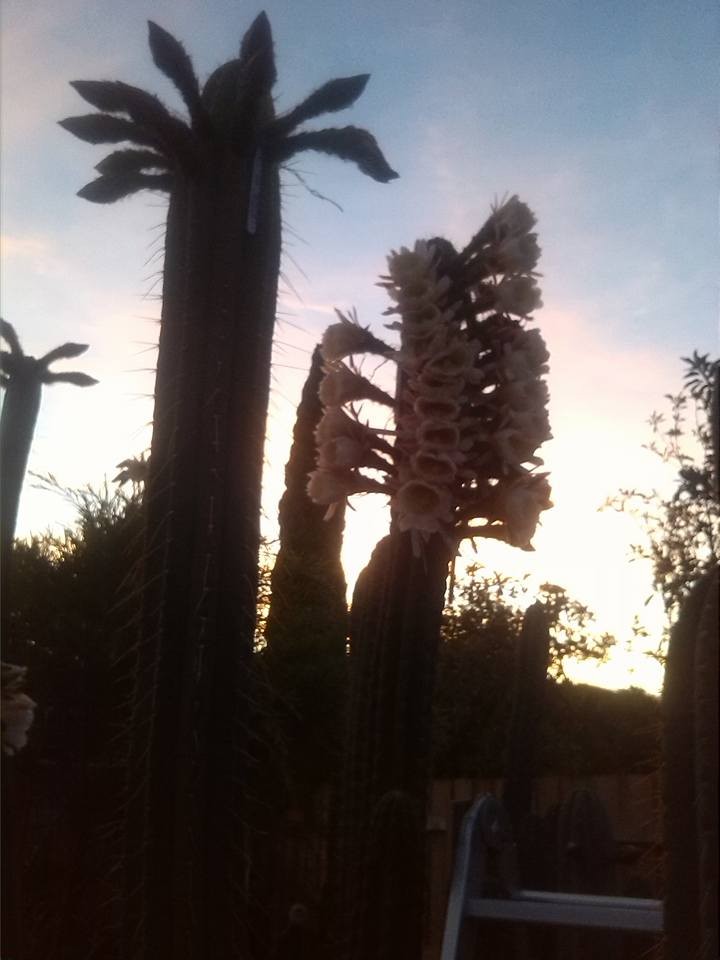