The Trichocereus plants in Matucana grow at around 2000 meters and Matucana was originally given as the typus location of Trichocereus Peruvianus when Britton & Rose made their description.

Karel Knize is selling Trichocereus Peruvianus from Matucana as KK242. But that´s actually a different type than the one you can see here. KK242 is the name for the collection site and Knize is selling more than 9 different cacti as KK242. Some belong to Trichocereus Cuzcoensis and some others rather belong to Peruvianus. The KK242 that I know have very little in common with the plants shown on those pics. The Matucana Peruvianus that Knize was offering was called Trichocereus Peruvianus KK242 forma Matucana. These pics are from the Sacred Succulents Field Trip om 2008 and they actually gave a whole lot of seed away. I hope to show some of the offspring really soon, because some of my friends were actually lucky enough to get some.

Where to buy seeds and plants of Trichocereus Peruvianus from Matucana?: Well, I do have Matucana seeds in my store, which one be the first place that I would recommend. 😉
In addition, you might ask Sacred Succulents, as they´ve been selling a whole lot of seed. I assume that in the next year or two, there will be some cuttings available from people who actually managed to raise some plants from that seed.
You can sometimes get really cool plants simply labeled as Trichocereus Peruvianus and if you see a dark blue plant with red& golden spines, jump on it. Sometimes, there are cuttings available in our Trichocereus Facebook group but it´s definitely a rare type. But it can´t hurt to ask for a cutting if you are interested in this cool type! 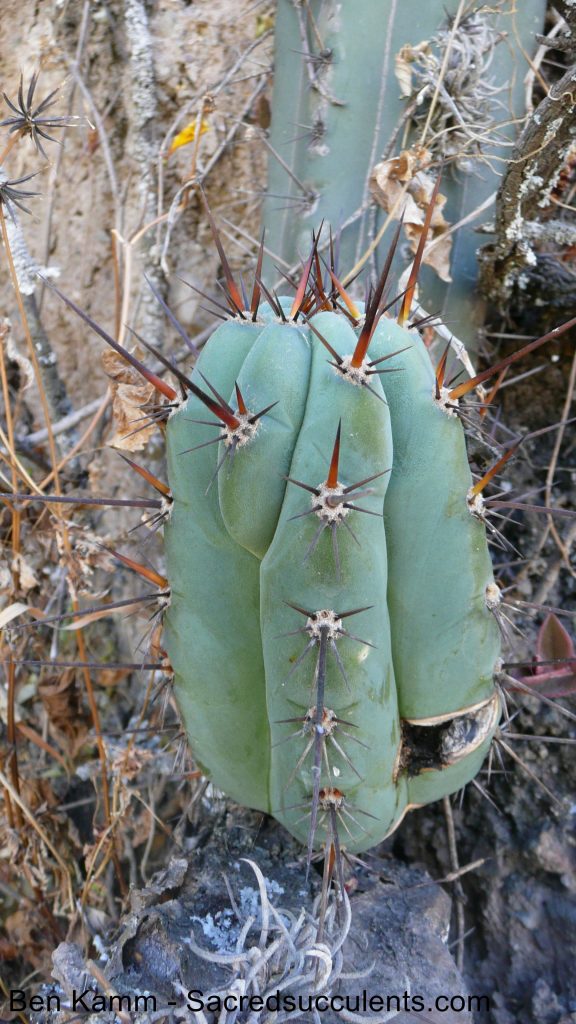 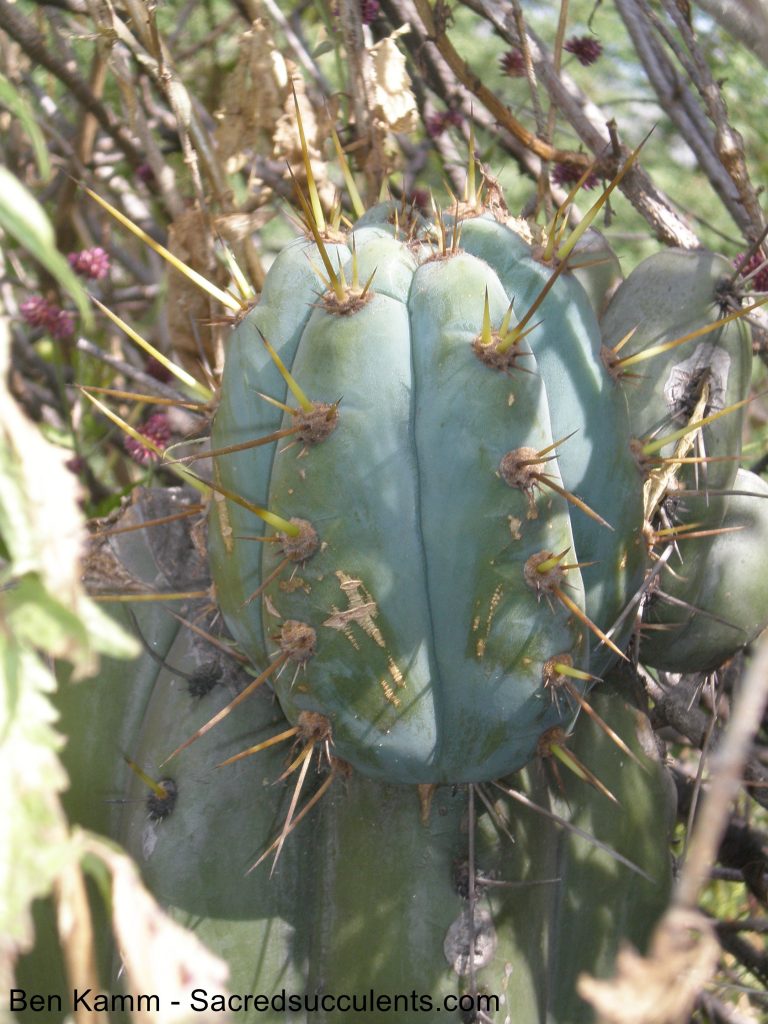 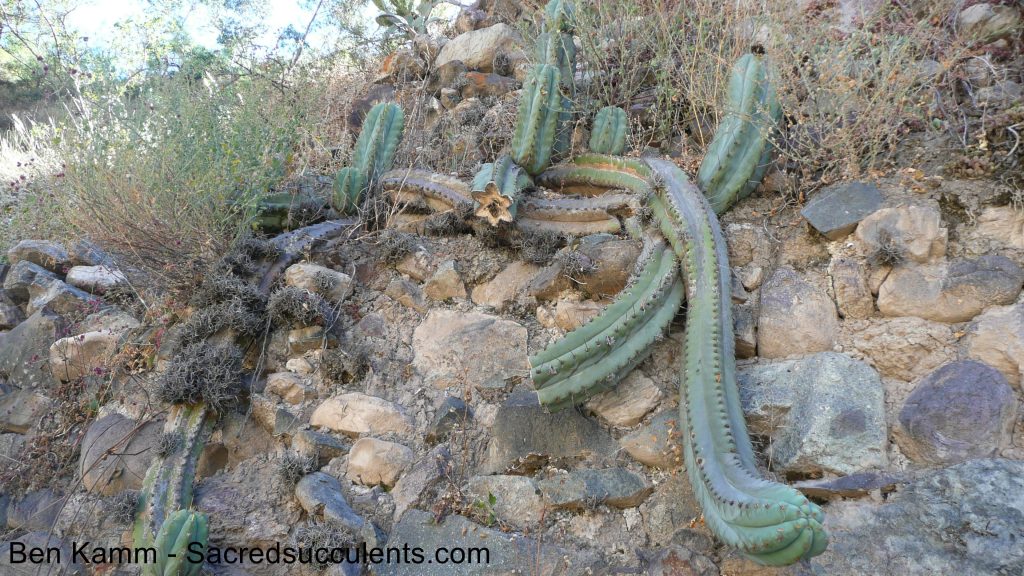 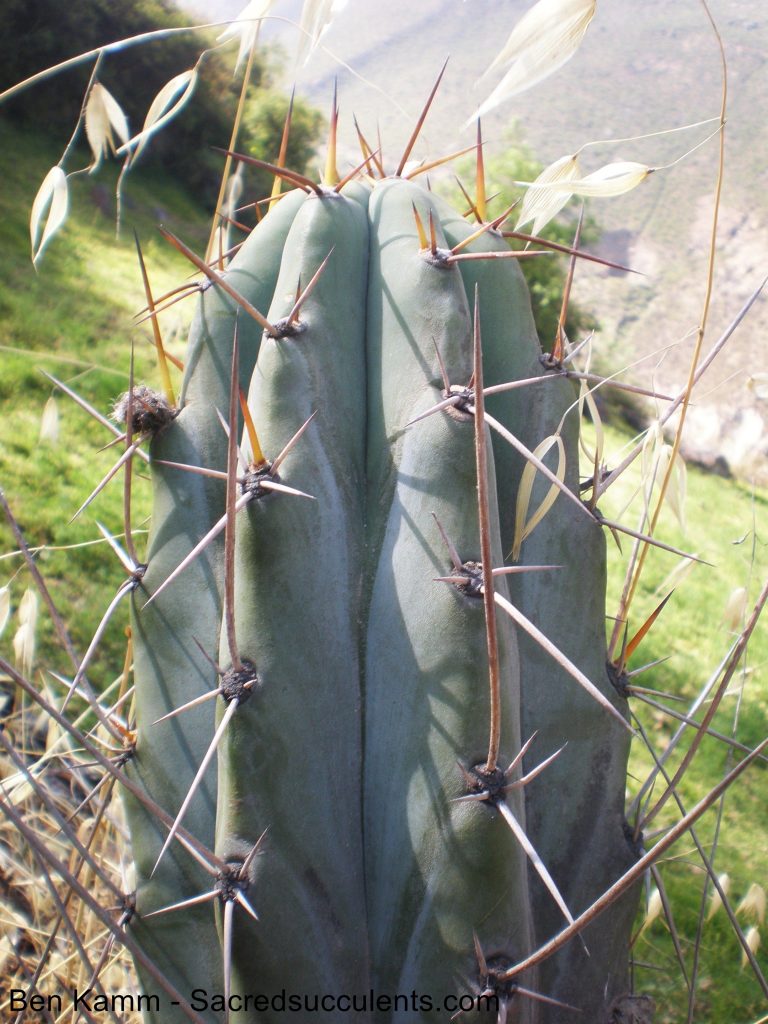 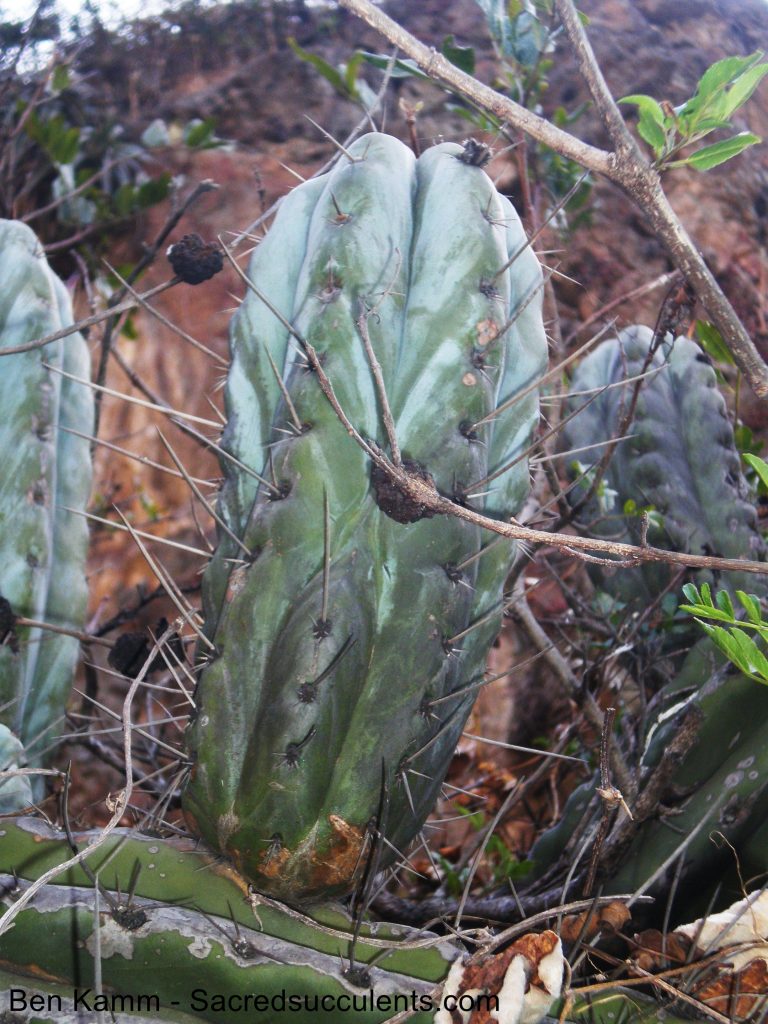