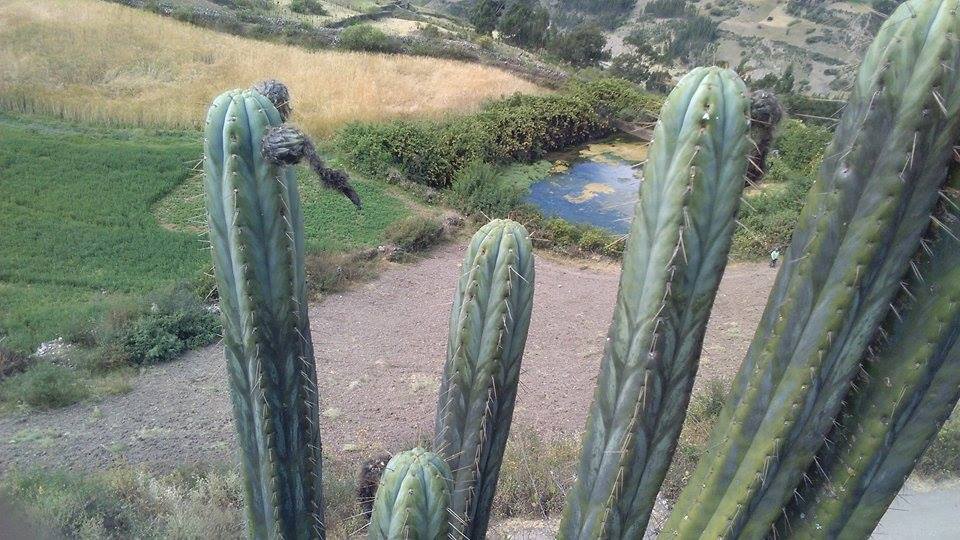 Trichocereus pallarensis is a species that was described by Friedrich Ritter and listed in his WINTER catalogs starting in 1961! I do have most of the old Winter catalogs, but I unfortunately not the ones after 1960. But that´s not a problem as I have a whole lot of other information about Trichocereus pallarensis.

Ritter wrote about this species numerous times. He basically called this plant a “variety of Trichocereus pachanoi”, but described it as a new species just in case. Back then, it was common that botanists or taxonomists wrote new descriptions only based on minor differences, that would only be seen as a regional form by today´s standards.

Friedrich Ritter was not able to get a good description of the flower and I am working on one myself. The plant is very rare and if you happen to have a flowering sized one, please let me know so we can improve the flower description. With that said, it comes from the Pachanoi group and is probably almost identical to the one of Tr. pachanoi. The flower is definitely white, but I´d love to measure it some more.

Trichocereus pallarensis grows in Llancora, near Cajamarca. Near Pallar (that´s where the name comes from) and east of the cordillera Blanca. Department Ancash at 2.500 – 3.000 meters altitude.

Where to buy Trichocereus pallarensis seeds and plants:

Trichocereus pallarensis is very rare and only a few shops have them in stock. If you want to buy seeds of Trichocereus pallarensis, please join my seed list and I´ll let you know next time I have some. You can also get some fresh seeds from Sacredsucculents.com every now and then. They have a beautiful number of crosses that they produce every year. You might also be able to get some from Cactusaffinity and Misplant.