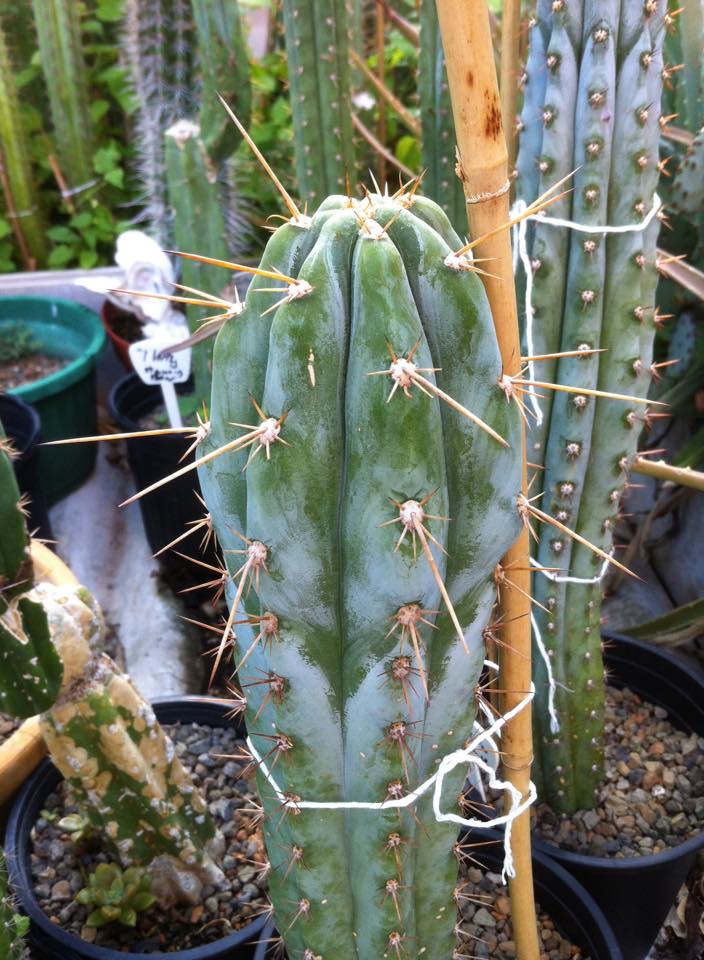 The Los Gentiles strain is mostly known through the California based Nursery Sacred Succulents, who has been offering crosses with this type for years. They sell both seeds and cloned plants, which is why there is a large generic diversity.

It is very similar to Trichocereus peruvianus strains from the area to the area around Matucana. Outside the United States, this clone is rare. There are a few local populations that look very much like it.LOS GENTILES is NOT the same strain as Trichocereus peruvianus ‘Icaro DNA’, but these two strains are so similar that I am very positive that they come from the same area in Peru. Sacred Succulents are the only source for this type of Trichocereus apart from the people who bought them there and sold or traded them.
Trichocereus ‘LOS GENTILES’ is an extremely fascinating population. And even if that´s not the case, it still is a fantastic Trichocereus with a deep blue epidermis and strong spines that have written “Dangerous” all over them.

In my personal opinion, LOS GENTILES is the same population as ICARO DNA.