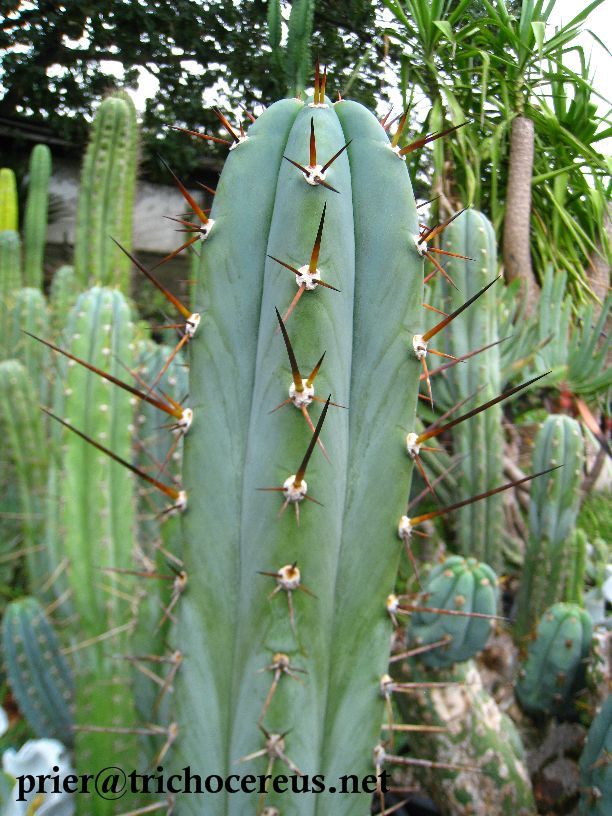 The Trichocereus peruvianus clones Rosei 1 & Rosei 2 are among the most interesting Trichocereus cultivars out there. Both are very glaucous with a dark blue skin. They have yellow or dark brown spines that often have black tips. The old spine growth looks very gray and the areoles are covered with very fine, white wool.

Trichocereus ‘Rosei 2’ was part of the legendary Australian Fields collection. Both Trichocereus rosei clones were brought to Australia by Harry Blossfeld, who was one of the first importers of cacti.  . Prier donated some pics of the original mother plant at Fields and I am extremely glad we have them on the site.

“Rosei 2” is certainly not a real species name and belongs into the context of Trichocereus peruvianus / Echinopsis peruviana. It is very similar to the dark blue Trichocereus peruvianus plants coming from Matucana and it´s possible that it was originally collected there. Either as seeds or as a live cutting. The spine color can be very variable and this clone is known to produce massive spines, which can be seen on some of the photos.

If you want to see more photos of Rosei 1 and Rosei 2, check out our Facebook Trichocereus group: https://facebook.com/groups/trichocereus 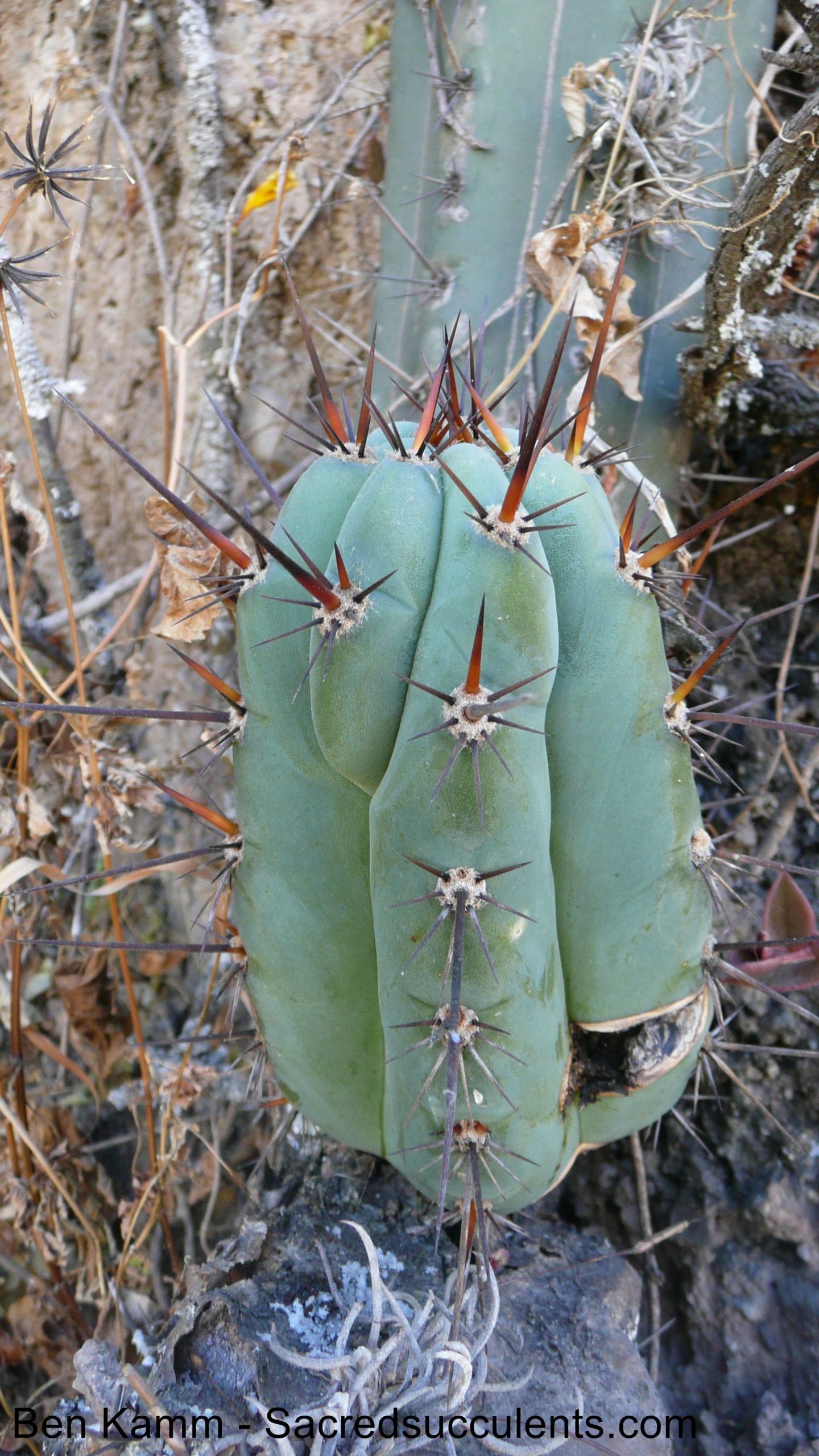 One of the most typical Trichocereus peruvianus Matucana types is ICARO DNA. Icaro Dna made a name for themselves providing great quality seeds that are probably as true as it gets to the original description. To me, when I hear the name MATUCANA, I think of this remarkable type.
Photo: Trichocereus.com.au

But now back to Trichocereus peruvianus Matucana. Sacred Succulents had the great luck to visit some of them during their South America Field Trips. Here are some of them: 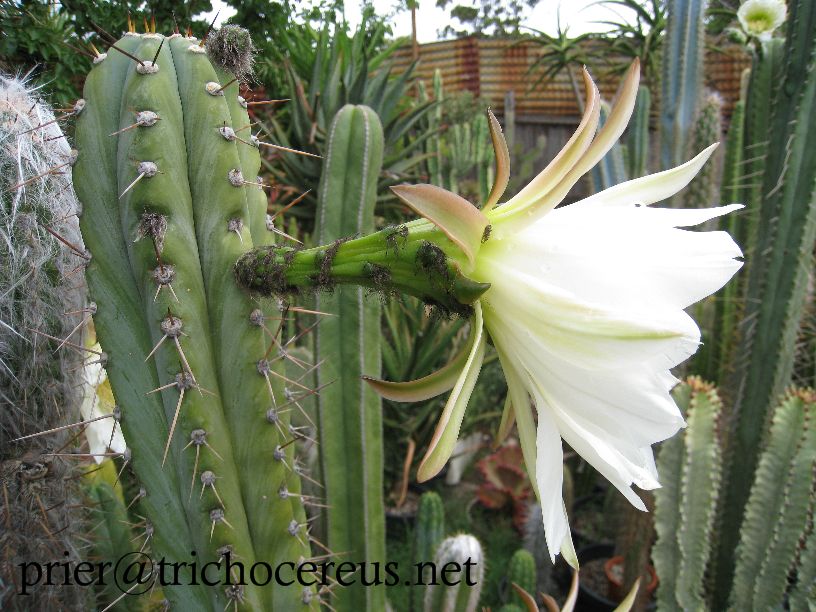