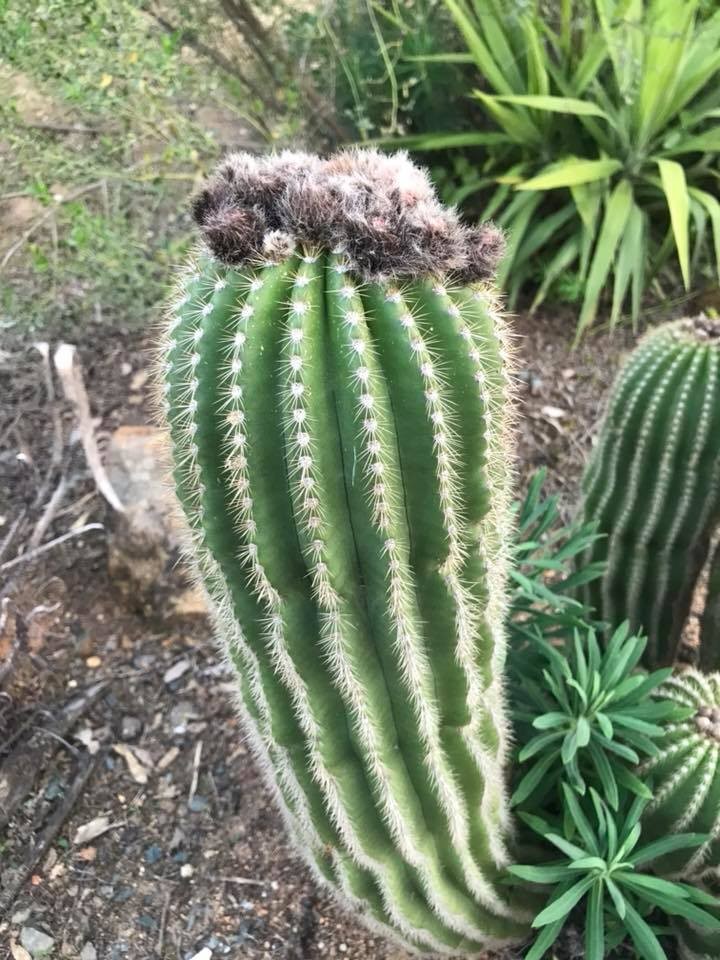 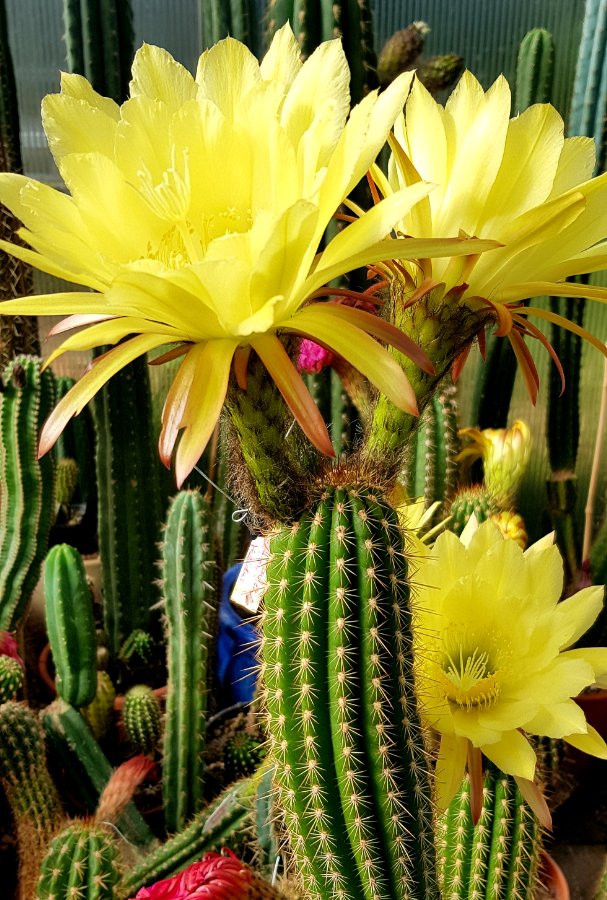 The name Trichocereus shaferi was described by Britton and Rose in the 1920s and lacked some important information. However, there were some later descriptions by Friedrich Ritter, Curt Backeberg/Rauh and Werdermann that went more into detail.

Trichocereus shaferi pups from the base and reaches a size of 1-1,5 meters. The plant grows halfway prostrate or leaning over and has between 15 and 20 ribs. Britton and Rose gave an average number of 12 ribs, which is dramatically different from the data that were given in later descriptions. The maximum diameter is 5-12 centimeters and the color is a gray/dark green, which you can very well see on the pictures that were provided by Trout. The ribs are 0,5-1 centimeters high and there are substantial furrows .

The areoles on Trichocereus shaferi are white felted and 1-6 mm in diameter and up to 1,2 centimeters apart of each other.

Spines: The spines of Trichocereus shaferi are yellow, very fine and needle-like with a slightly dark-brown tip. It has 7-10 radial spines (up to 1 cm long) and 1-3 middle spines (1-2 cm).

Flower: Very round flower. White. Trichocereus shaferi flowers from the upper part/apex and Britton and Rose gave a size of 15-18 cm.

Fruit: The fruit has very dominant white hairs, as you can beautifully see on the second picture. The edible fruit is round and 3-5 cm in diameter. Green in color with reddish/green scales.

Origin: Ritter encountered this plant near Leon near Jujuy at around 1500-1800 meters growing on rocky slopes. Britton and Rose gave San Lorenzo in the provence Salta at 1800 meters as the location of the typus. Ritter considered his collection in jujuy to be a regional variety but didnt really follow up on it. His collection name was FR41 and there is a large number of seeds that gotten into the collections of cactus fans all around the world.

Where to buy seeds and plants of Trichocereus shaferi? Well, it´s rare and you might come across them on eBay. Like I already mentioned before, I bought a large plant with this name a few years ago and we´re waiting for it to flower next year. Some seed stores and cactus nurseries have them in stock every once in a while, but it´s a rather rare species and it´s not available from South America. I am sure there are some collectors that offer seeds from their collections sometimes, but it´s probably a little bit hard to find and luck has a lot to do with it. If I´d be looking for this species, I´d write emails to Kakteen Haage, Kakteen Uhlig, Succeed, Sacred Succulents and hope for the best. You can also try making a post in our Trichocereus Facebook group but I´ve never really encountered one there. But it cant hurt to ask. 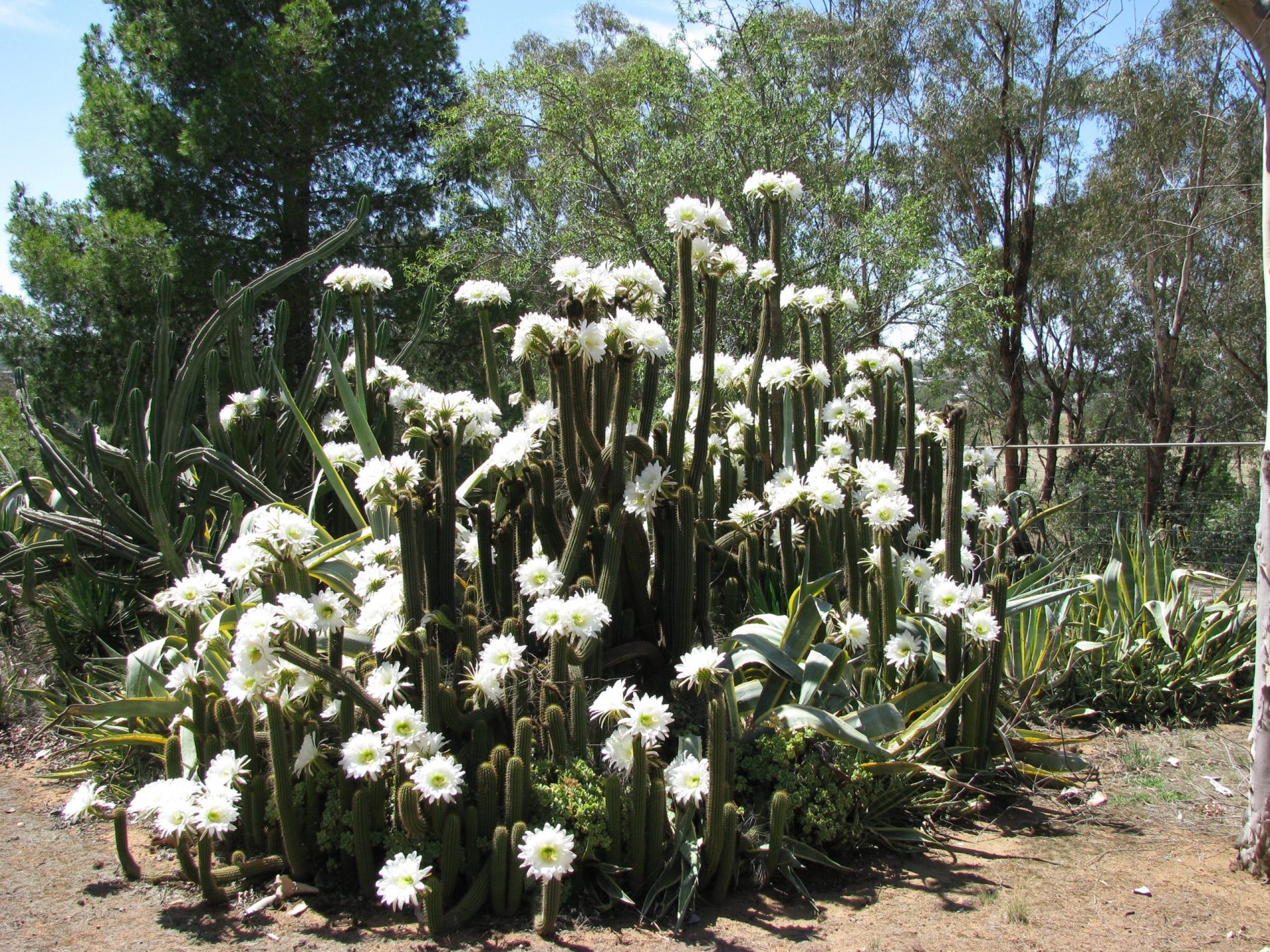 Echinopsis spachiana is very frost resistant, but temperatures shouldnt go below -5° to -10° Celsius and it greatly depends on the general health of the plant and the dryness of the substrate if the plant suffers any damage. It has to be kept completely dry over winter and the bets temperature to overwinter it inside is at around 10° Celsius and with sufficient fresh air.

You can find out more about this species on our Facebook Group Facebook.com/groups/trichocereus and our Youtube Channel on Youtube.com/c/cactusjerk